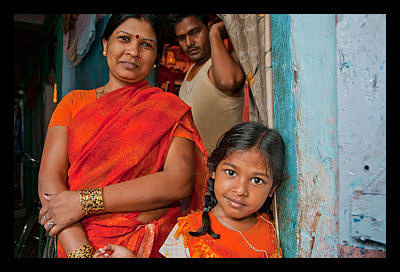 A $100 million credit agreement, signed by the World Bank and the Indian Government, will help low-income Indian families access a loan to purchase, build, or upgrade their dwellings.

The National Housing Bank (NHB) will implement the Low Income housing Finance Project, which will support the government’s agenda for financial inclusion on two counts. First, it will enable low-income households in urban areas to access housing finance, and second will strengthen the capacity of financial institutions that target these groups.

India faces a crippling housing shortage; as its urban population continues to rapidly expand, the urban housing shortage is estimated to be 19 million (as of 2012). Low-income families bear the brunt of the problem; they are faced with an estimated 90% of the shortage.

The housing sector is vulnerable to challenges because current land use policies and building norms restrict the availability of housing. Since the majority of the low-income population works in the informal sector, they lack documentation of income and therefore require customized lending products; as a result, developers are reluctant to enter the low-income market due to the perceived risks associated with these buyers.

As the Indian government strives to achieve financial inclusion for the whole population, the project will let the NHB innovate and provide financial solutions for improving low-income access to housing.

R.V. Verma, chairman and managing director of National Housing Bank said, “The program, which will explore sustainable housing finance models for low income households, has been conceived imaginatively and is consistent with the vision and charter of the NHB.”

Michael Haney, operations advisor at the World Bank, explained how the influx of 10 million Indians to towns and cities each year run into trouble finding loans to build or buy themselves houses. “They are forced to use unregulated, informal sources of finance at much higher rates of interest,” he explained.

The new initiative will help families move from informal sources of finance to longer-term, official sources for their housing needs; risk management, market infrastructure and new products will be implemented in order to achieve this goal.

Initially, the project will launch pilot programs to test the sustainability of these lending guidelines and products, and the long-term goal will be to preserve affordability for low-income families by finding alternative forms of collateral to reduce credit risk and keep interest rates at manageable levels. 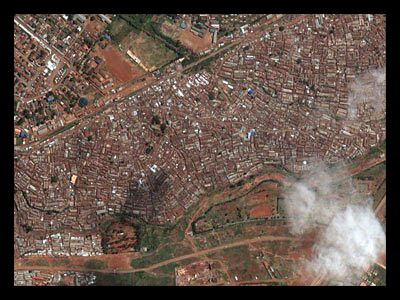 Government officials in India are notorious for ignoring the millions of people who live in the slums near big cities. Sangli is one such city. Over 3,900 families occupy makeshift huts in Sangli and, for the first time, Good Earth is documenting their existence. International Aid Organizations are thrilled that these images will put a face, so to speak, to the thousands of people living in these slums. Now that the unbelievable conditions of the slums are documented for the world to see, Sangli officials are being held to a higher accountability and progress is being made towards providing real homes for those living in the slums.

These images make public the sanitation issues inherent in the slums, as occupants of the slum exist without access to toilets or faucets. When and if new buildings are constructed for those living in the slum, sanitation is one of the first problems that will be addressed.

Even though it would be easier to build a new community in the suburbs of Sangli, research shows that most people cannot afford to commute into the city every day for work. Those who previously moved to the suburbs to escape the slums actually ended up moving back within a short period of time. Shelter Associates, a nonprofit geared toward improving the lives of those living in slum conditions, plans to create living spaces that will mimic the communal environment slum occupants have grown accustomed to.

The reason why Shelter Associates is having difficulties following through with the new building plans is because the local government continues offer limited concern and attention to slum dwellers. For the most part, the Sangli government has acted as if these people do not exist. Now, with the images provided by Google Earth, Shelter Associates is hopeful that the government can no longer continue its negligence policies.

Without these images, international aid organizations sometimes struggle to verbally describe the horrific conditions in the slums. Hopefully, Google Earth will be able to erase apathy towards those who live in these slums and support for aid efforts will grow. 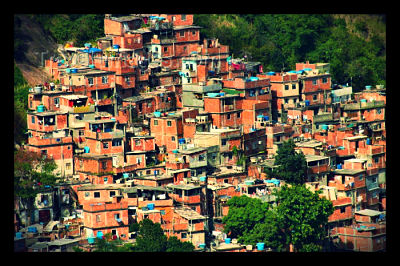 The International Housing Coalition (IHC) has one, resounding goal: to put a roof over the heads of millions of underserved people as an essential step towards ending global poverty.

The IHC was incorporated as a nonprofit organization in 2005 through the efforts of the National Association of Realtors (NAR), the Canadian Real Estate Association and Habitat for Humanity International. Besides these three founding sponsors, 33 other organizations including private companies and academic research institutions contribute to the IHC’s work.

The IHC addresses the fact that now, as developing countries become more urbanized, more than one billion people live in sub-standard shelters within slums, without access to clean water and sanitation. IHC has also formed a valuable partnership with Cities Alliance, a global partnership committed to urban poverty reduction and the promotion of the role of cities in sustainable development.

Cities Alliance’s research has shown that developing urban slums has a myriad of benefits. “Upgrading slums” promotes the fundamental human right to live with basic dignity in decent conditions. On a more macro-scale, however, cities that upgrade their slums have been proven to show reduced rates of crime, disease, and political unrest as well as more stable and prosperous economies.

the IHC attacks the housing issue from all angles through a combination of international advocacy campaigns that reach out to Congress members and their staff, applied research that enhances the IHC’s credibility as an effective advocate, short term lobbying alliances, and direct policy engagement in target countries.

Ensuring that notably impoverished regions of certain developing countries receive a housing upgrade may be the essential first step in paving the way for future change. Countries that need increased access to education, health care, healthy and affordable food, and economic opportunity must necessarily first have a stable, safe place to come home to each night.

The IHC maintains that access to safe and affordable shelter is truly the foundation of sustainable development, a base from which all other significant reforms must grow. If the United States is truly committed to shaping its foreign policy towards alleviating global poverty, then it should take a foremost interest in housing reformation abroad.

In Sub-Saharan Africa, its estimated that more than 60% of the urban population lives in slums. Africa is one of the most rapidly urbanizing regions of the world, and it shows no signs of slowing down. The continent’s proportion of urbanized population is projected to reach 60% by 2050. As the population of the continent also rapidly expands this will lead to more than one billion urban dwellers in Africa in the near future. If current trends continue most of these people will live in slums.

Mark Swilling heads the Sustainable Development Planning and Management program at the University of Stellenbosch, and he is concerned with the implications for sustainable development as Africa’s urban population increases. In a TEDxStellenbosch, Swilling describes how some African slums are undergoing a process of DIY urbanization. He describes how slum residents are compiling their resources to collectively improve their living conditions. The residents are working with architects and planners to restructure and organize their environment, and are operating in the complete absence of government assistance or business investment. As Swilling makes clear, such self-motivated development will play an important role in Africa’s future as urban slum populations continue to rise. 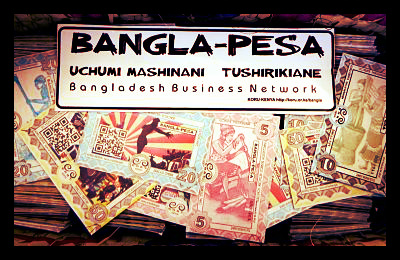