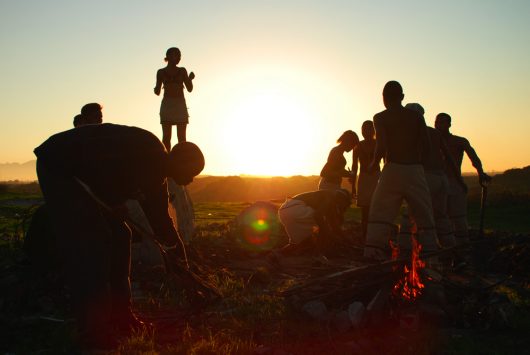 Though the apartheid that bore Khayelitsha ended over 20 years ago, the damage has yet to depart. Cape Town was conceived for the sole purpose to house blacks in the white dominant country of South Africa, with protectant buffer zones of scrubland and valleys to separate Cape Town from the rest of the country. This made Cape Town one of the most populated cities in South Africa and Khayelitsha one of the most populated slums.

Though Khayelitsha was originally an apartheid dumping ground, as part of the “Group Areas Act” it is now one of the largest and fastest growing slums in South Africa. Khayelitsha is home to around 2.4 million individuals, 50 percent of which are under the age of 19.

The severe poverty combined with a lack of community infrastructure has led the community to vast crime rates, gangs, violence and drug use, thus placing Khayelitsha as the murder capital of South Africa. Local police say they deal with an average of four murders every weekend.

Living conditions in Khayelitsha are less than pleasant, with the unfortunate 70 percent of individuals living in shacks made of timber and sheet metal. The shacks are built very close to one another making fires a constant problem due to how fast they spread and how often they occur. There are no street names in Khayelitsha, instead, the large area is divided into 26 districts, which are numbered by letters, with each shack having a different number.

Sanitation is another struggle for the individuals of Khayelitsha, often times their toilets leak into the streets, fermenting there for weeks. This sanitation issue causes many diseases and sicknesses within the community.

Lack of clean water and food is yet another hardship. An estimated one in three people have to walk 200 meters or more to access clean water. A limited food supply is sold between shacks, being constantly exposed to the sun and flies. Food sold between shacks is the only food option in Khayelitsha being that there are no supermarkets or stores of any kind.

Overcrowding has been another common problem in this ever-growing slum. Khayelitsha has a high population density and a low amount of resources to support the growing population. This, along with a lack of security makes theft and crime very easy.

In an interview, one Khayelitsha resident, Nomfusi Panyaza, explained what it is truly like to live in Khayelitsha. She explained that when it rains, the surrounding public toilets overflow into her living room with water coming through the ceiling. Panyaza lives in her small shack with six other family members and two beds to share among the seven of them.

Though Khayelitsha’s hardships are very much prevalent, certain NGOs are doing what they can to alleviate various hardships. Some of the outreach that has been made is through the Zhakele Clinic, which was opened in Khayelitsha for the population’s health care. Unfortunately, the need surpasses what this small clinic can do, but it is a starting point that can be expanded.

Secondly, the nutritional support initiative (NSI) encourages patients to come into the clinic by giving the patients a two-week supply of nutritionally enhanced maize meals called e’Pap. E’Pap is a pre-cooked porridge with soy protein fortified with 28 nutrients. Providing patients with e’Pap decreases the amount and severity of side effects to the medications that the patients are taking and improves their overall health by lessening their chances of malnutrition.

Thirdly, the NGO, TB/HIV Care, which started in 1929, aims to decrease the incidence of tuberculosis and HIV across all of South Africa. Their plan is to improve the current TB and HIV prevention and care by researching and monitoring the area, helping not only the current situation but also looking to better South Africa’s future.

Khayelitsha is certainly a vastly troubled place though it should not be considered a lost cause. With the combined efforts of determined people and organizations, both mentioned above, as well as others, one of the world’s largest and fastest growing slums can finally improve its situation.