Good news about global poverty? Yes! And there is much more than you’d expect!

In 2015, countries around the world adopted the United Nations Sustainable Development Goals (SDGs), a set of 17 targets intended to combat poverty, reduce inequality, improve global health outcomes and protect the planet. Prior to the SDGs, the incredibly successful Millennium Development Goals concluded in 2015 after 25 years of remarkable achievements in tackling global poverty. The SDGs seek to further expand upon these accomplishments, with a key target to end extreme poverty for all people by 2030. 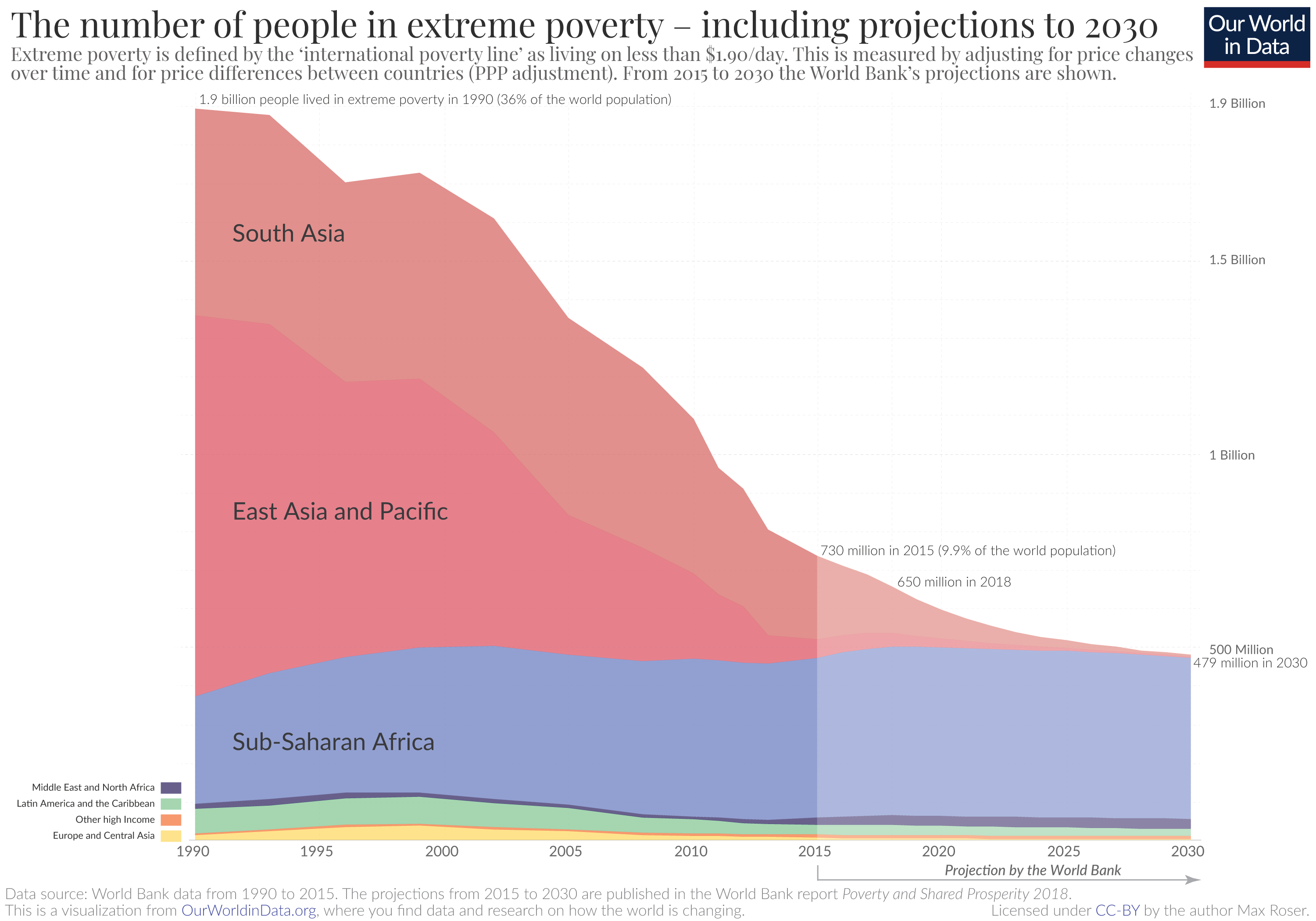