Improving conditions for the world’s poor is a cornerstone of the United States National Security Strategy.

The Pentagon’s “3Ds” for protecting the United States are: Defense, Development and Diplomacy.

The Secretary of Defenses: Nearly every post-9/11 Secretary of Defense has advocated that Congress better fund the International Affairs Budget and development projects. Former Secretary of Defense, Robert Gates repeatedly said that the U.S. can’t win today’s national security challenges with force and military might alone. Former Secretary of Defense, Chuck Hagel added the importance of using all of America’s tools stating, “America’s role in the world should reflect the hope and promise of our country, and possibilities for all mankind, tempered with a wisdom that has been the hallmark of our national character. That means pursuing a principled and engaged realism that employs diplomatic, economic, and security tools as well as our values to advance our security and our prosperity.”
(USGLC)

The Joint Chiefs of Staff: Former Chairman of the Joint Chiefs of Staff, Marine Corps General Joseph Dunford explained the importance of the role of the State Department and USAID in defeating ISIS. He said, “I can’t talk to the adequate levels of funding for any other element of the government. What I can say is that in order for us to be successful against ISIS or any of the threats that we face right now, it will be important for us to fully leverage all the capabilities our nation has — diplomatically, economically, and militarily, and now in the 21st century in the information space as well.”
(Devex)

The Generals: In 2019, over 140 retired three and four-star generals called on Congress to increase funding for the International Affairs Budget. The Generals noted that investments, non-military tools of development, and diplomacy foster economic and political stability on a global scale. It also strengthens our allies and fights the spread of poverty, disease, terrorism and weapons of mass destruction.
(USGLC)

The Soldiers: Countless former and current U.S. soldiers have expressed concern that the United States is not doing enough to address global poverty. Others have been fortunate enough to be part of the increasing number of humanitarian missions aimed at weakening the influence of terrorist groups in poor regions. Retired General George W. Casey, Jr., former chief of staff of the United States Army and commanding general in Iraq from 2004 to 2007 explained that while he was in Iraq, he quickly learned that military force alone would not solve the problems the U.S. forces faced.  He explained, “Today our soldiers need strong civilian partners to sustain the military’s hard-earned gains. These civilian partners need resources to be effective, just like the military — which is why I’m on Capitol Hill today urging our elected officials to ensure the State Department and USAID have the resources they need to be effective partners in our country’s security.”
(Devex)

84 percent of military officers said that strengthening non-military tools, such as diplomacy and development efforts, should be at least equal to strengthening military efforts. 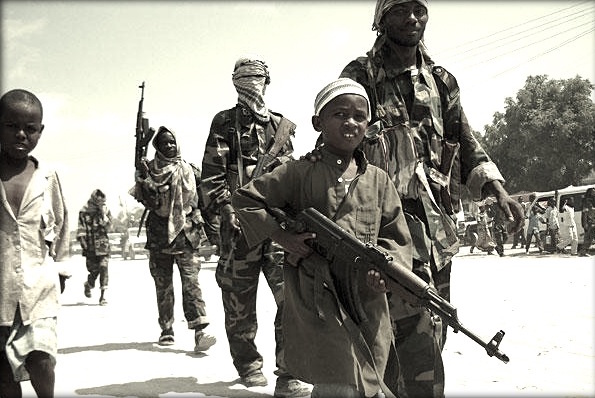 THE WORLD’S MOST DANGEROUS COUNTRIES ARE ALSO AMONG THE POOREST. 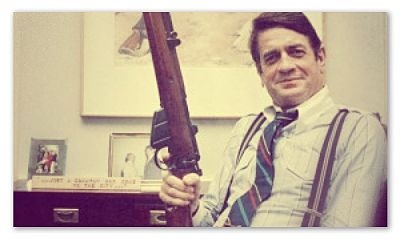 After the Soviet Union left Afghanistan in the late 1980s, Congressman Charlie Wilson unsuccessfully pleaded with Congress to build schools and improve conditions for people in Afghanistan. In a scene depicted in the Tom Hanks movie Charlie Wilson’s War, the Congressman foreshadows that no good can come from allowing a population of millions of young, hopeless people to live in squalor. In the following years, extremism engulfed Afghanistan and the Taliban took control of the country providing Osama bin Laden and al-Qaeda with a safe haven to operate and plan the 9/11 attacks. 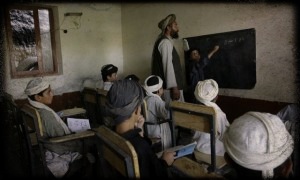 WHERE BOOKS WEIGH MORE THAN BOMBS

“Millions of families, especially those with little money, send their children to religious schools, or madrassas. Many of these schools are the only opportunity available for an education, but some have been used as incubators for violent extremism. According to Karachi’s police commander, there are 859 madrassas teaching more than 200,000 youngsters in his city alone.” — 9/11 Commission Report.

“With a curriculum that glorifies violence in the name of Islam and ignores basic history, science and math, the public education system [in Pakistan] has become a major barrier to U.S. efforts to defeat extremist groups.” —Washington Post, January 17, 2010

“The more we cut the International Affairs Budget, the higher the risk for longer and deadlier military operations.”

“Development is a lot cheaper than sending soldiers.”

“If you don’t fund the State Department fully, then I need to buy more ammunition.”

“America being a force is a lot more than building up the Defense Department. Diplomacy is important, extremely important… because many times diplomacy is a lot more effective — and certainly cheaper — than military engagement.”

“I think this needs to be a comprehensive and not just military strategy. Foreign aid, development—these matter in terms of building the types of relationships that we’re going to need to build in order to protect ourselves and our interests in the rest of the world, and hopefully, work towards a more stable and peaceful globe. And that is in our best interests.ʺ

“The worst nightmare for al Qaeda is to come into a community that feels supported and has hope.“

“The events of September 11, 2001, taught us that weak states, like Afghanistan, can pose as great a danger to our national interests as strong states. Poverty does not make poor people into terrorists and murderers. Yet poverty, weak institutions, and corruption can make weak states vulnerable to terrorist networks and drug cartels within their borders.“

“In many respects, USAID’s efforts can do as much- over the long term- to prevent conflict as the deterrent effect of a carrier strike group or a marine expeditionary force.”

– Lieutenant General John Allen, Commander of US Forces in Afghanistan

“It’s a moral imperative, it’s an economic imperative, and it is a security imperative.  For we’ve seen how spikes in food prices can plunge millions into poverty, which, in turn, can spark riots that cost lives, and can lead to instability.  And this danger will only grow if a surging global population isn’t matched by surging food production.  So reducing malnutrition and hunger around the world advances international peace and security — and that includes the national security of the United States.”

“I believe that the world will be a safer place if there is enough food to go around, that it will be a more stable place if children grow up with opportunities instead of frustrations. Furthermore, I can only assume that if the United States plays a role in helping to create prosperous societies, we will have friends to call on in times of need.”

“We are not saying that poverty causes terrorism, or disenfranchisement causes terrorism, but we can’t mistake there are certain phenomena that contribute to it. Terrorism needs to be fought against and certainly attacked, but some of the underlying grievances that might in fact lead individuals astray to terrorism cannot be ignored.”