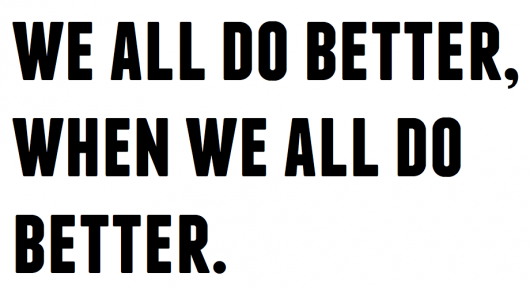 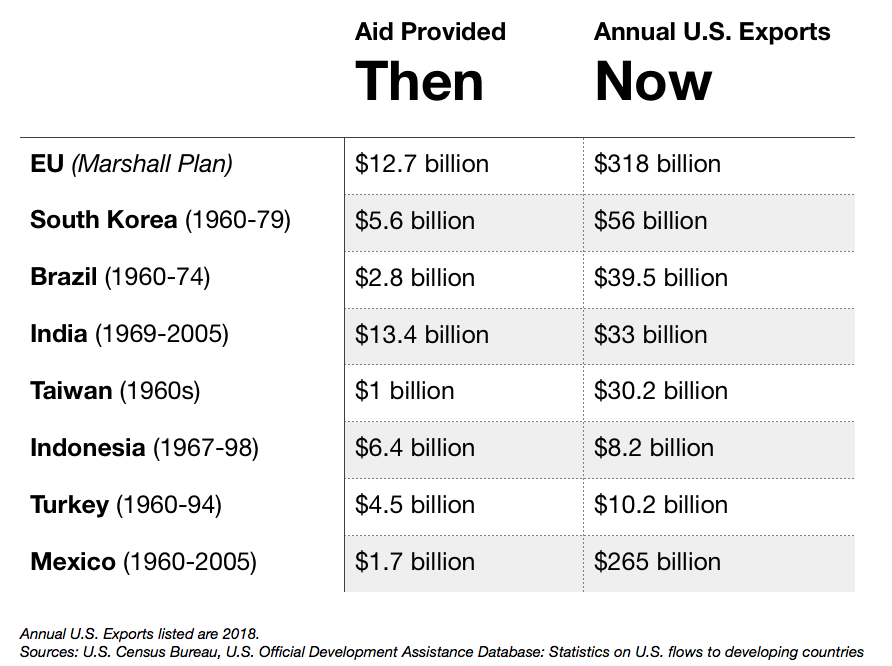 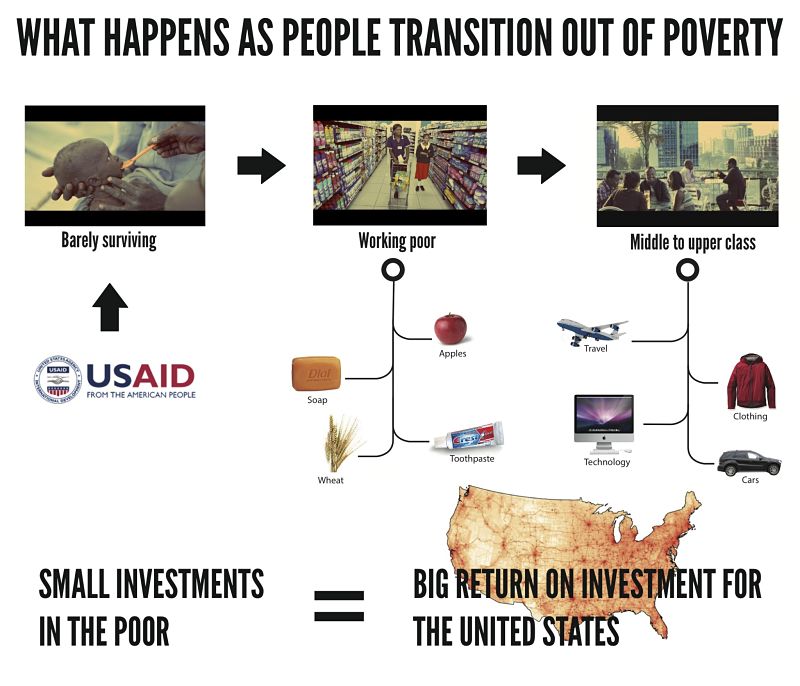 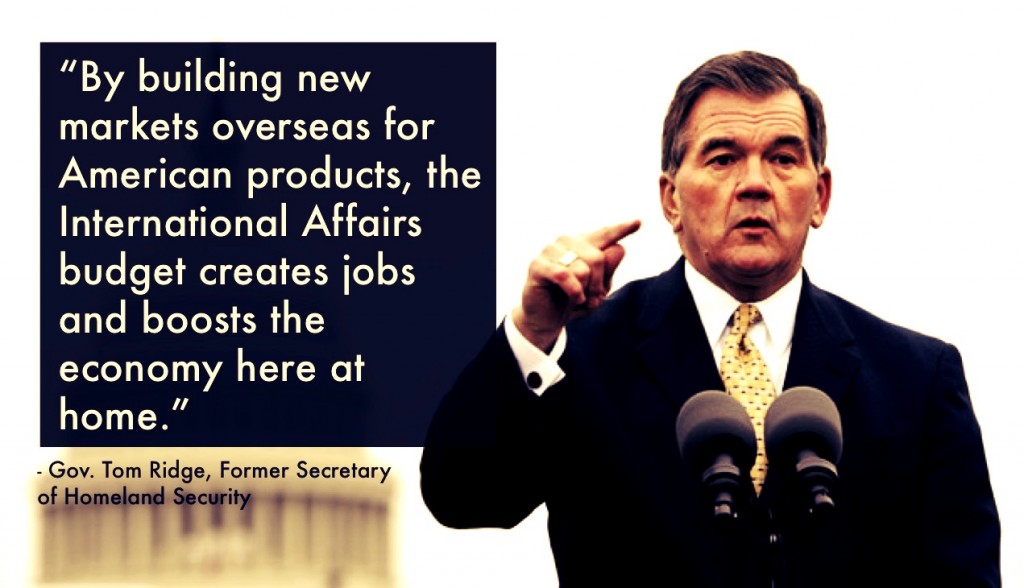 In May of 2017, more than 200 major companies sent a letter to Congress urging that the International Affairs Budget be protected. As all but five percent of the world’s consumers live outside the U.S. and many of the fastest growing economies are in the developing world, these business leaders believe it is in the economic interest of their companies for the U.S. to increase foreign aid spending and address poverty.

By the end of 2018, Yum! Brands Inc. (KFC, Taco Bell and Pizza Hut) had 62% of its operations overseas, with many of these locations in Africa and Asia. This consequently allowed 6,300 U.S. food and paper suppliers to increase their sales and exports to these franchises abroad.

“We need to stop viewing it as aid. It’s an investment.”
– Former Secretary of Defense, Chuck Hagel (R-NE)

The purpose of foreign aid is to end the need for its existence.”
– Mark Green, USAID Administrator

“From an economic perspective, what happens in one country has ripple effects throughout the world.”
– Chris Policinski, Former CEO Land O’Lakes

“We have no choice but to stay engaged in the world. 95% of the people we want to sell something to live somewhere else, and America’s access to and leadership in foreign markets is critical. We’re the largest exporter by a significant factor, and we need to capitalize on that.”
– Thomas J. Donohue, Former President U.S. Chamber of Commerce

“Reducing global poverty is in our nation’s best interest, and a sustained collaboration between the private sector and the government is needed in this regard.”
– Carly Fiorina, Former CEO of Hewlett-Packard Company

“The growth of the developing world presents a major economic opportunity for American business today and a thousand opportunities tomorrow… We urge American companies to roll up their sleeves, get out there and engage with the economic opportunities that are emerging across the world. This is a moment to lean forward and take the kind of informed risks that have led to some of our greatest successes.”
– Former Secretary of State, Hillary Clinton