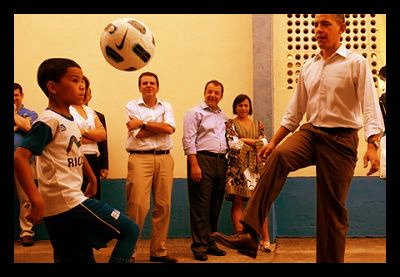 Poverty disproportionately affects the young, which can be seen by the number of children who participate in Brazil’s labor force being at least twice as high as in any other country in Latin America. Furthermore, about a quarter of children under the age of five suffer from chronic malnutrition.

As a whole, about 35 percent of the population live in poverty, on less than two dollars a day, though rural poverty lies at about 51 percent. The International Fund for Agricultural Development (IFAD) stated Brazil has about 18 million poor rural citizens, the largest number in the Western Hemisphere.

Poor communities in Brazil have no readily available access to education and health facilities. Water supply and sewage systems are, furthermore, generally inadequate, explained the IFAD.

According to the World Bank, more than half of poor Brazilians live in the Northeastern part of the country, but rural and urban areas both contribute to the national poverty level.

Households that are headed by women make up 27 percent of the rural poor, meaning that women and the youth are the most vulnerable groups in Brazil.

According to the CIA World Factbook, the global financial crisis hit Brazil hard in 2008 when it experienced two quarters of a recession. Global demand for Brazil’s exports had lowered and “external credit dried up.”

On the other hand, in 2010, Brazil was one of the first countries to begin a recovery. According to the World Bank, the strategy to end poverty in Brazil would include “targeting interventions to the Northeast and expanding child care and preschool facilities in poor neighborhoods.” Expanding childcare would further help women participate in the labor force.

If children in Brazil stayed in school longer, their chances of being poor vastly decreased, the World Bank said.

As for increasing minimum wage and unemployment insurance, the World Banks explained these would probably not be effective tools because few of the urban poor have labor cards.

All in all, rural development policies have improved in Brazil, but “they are not as pro-poor as they could be because the rural poor are still at a disadvantage in land markets.”