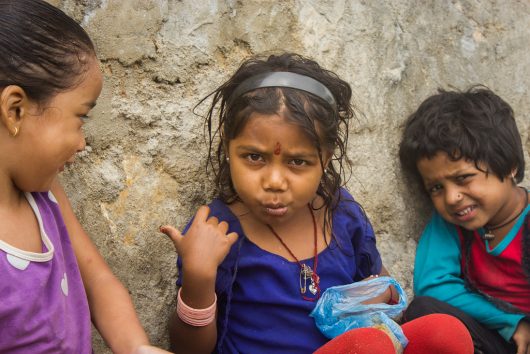 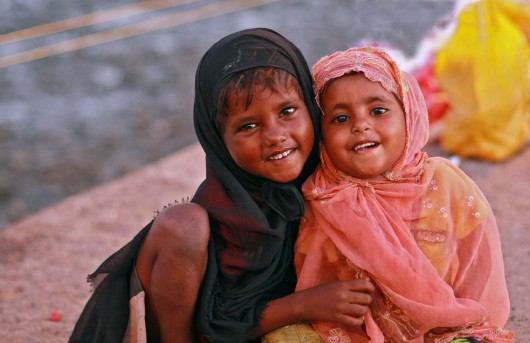 Save the Children, an organization which stands by the belief that “every child attains the right to survival, protection, development and participation,” has asked world leaders to leave no child behind with the coming of the 70th United Nations Global Assembly (UNGA) recently held in New York on Sept. 25.

Over the next 15 years, the agency believes that as many as 6,500 lives per day could be saved, totaling 35 million globally over this time span alone. This could be achieved through the implementation of stronger healthcare systems, the provision of free healthcare to mothers and children as well as increasing the number of medically trained workers to aid in caring for sick children.

The Sustainable Development Goals (SDGs) which replaced the Millennium Development Goals (MDGs) set in 2000, offer 17 new initiatives to be met by 2030 — these include ending extreme poverty, providing a better education and healthcare experience, ending violence against children and once and for all tackling malnutrition and preventable child deaths.

World leaders believe now is the time to act due to the “significant and historic window of opportunity” to mobilize and drive these changes forward. The SDGS offer a chance for the UN to pick up where it left off with the MDGs, and end the evident inequalities that still exist.

Today, accomplishments vary across places, with some success but glaring inequalities seen within countries, like the 2 million newborns dying within their first week of life every year or India’s exclusive treatment of diseases.

“The country’s narrow focus on specific diseases, such as HIV, TB and malaria, and population groups, has also created silos that have overlooked the broader needs of health systems,” explains Save the Children.

Even with significant progress made in achieving global goals for education and the number of children out of school falling by almost half since 2000, the MDG of achieving universal primary education has still not been met.

Abongile Sipondo, head of advocacy at Save the Children South Africa, warns that the poorest children who do not receive a primary school education are the most vulnerable — reaching adulthood without the ability to read, write or count, which has a severe impact on their futures.

“Every child has the right to go to school, and South Africa has made significant progress in ensuring that children are attending, with 97 percent of children now registered, but whilst all of the richest children are finishing primary school, 15 percent of the poorest children do not even complete their primary education,” Sipondo says.

Currently, Save the Children states that 30 million people have pledged their support for Action 2015, which included tens of thousands of people worldwide engaging in mass rallies the night before the sustainable development goals were signed.

Time is of the essence for Action 2015, a citizens’ movement which collaborates with “2,000 organizations, networks and coalitions from over 150 countries united by the belief that 2015 is a critical year for progress in the fight against climate change, poverty and inequality,” states Save the Children.

For more information on how to become involved and help in the quest to end inequality, check out Action 2015’s website. 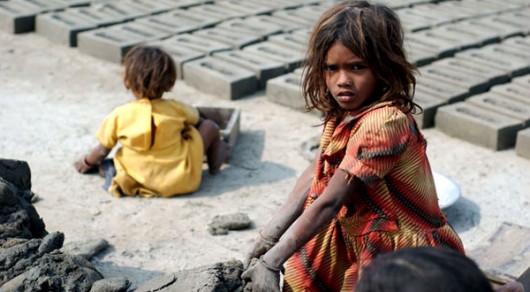 The UN’s Sustainable Development Goals (SDGs) are set to be voted this month. These goals will shape development goals for the next 15 years for the U.N. and its member states.

Among the goals is achieving economic growth that will result in decent employment for all. Part of this goal includes a provision for addressing modern slavery and human trafficking, a human rights issue and a booming economy.

The awareness behind modern slavery has grown, now the focus is on understanding the roots. Before this, modern slavery and development were treated separately, and how interrelated they are was not seen.

If we think about it, how could modern slavery not affect development given that it negatively affects health, economic growth, rule of law, women’s empowerment and lifetime prospects?

Globalization plays a big role in the existence of modern slavery. The responsibility of it falls on major players such as businesses, financial sectors and individuals play a part in and should be aware of the possible ways in which we may be contributing to it.

The question still remains if addressing it as a SDG is enough? Modern slavery exists despite 12 international conventions and over 300 international treaties banning its existence. The Palermo Protocol in 2000 resulted in anti-slavery activity and legislation, but the movement has failed with little research asking why and what could be done differently.

Part of the problem with addressing modern slavery is the lack of punishment and enforcement. Criminal see it as a high-reward and a low-risk.

As world leaders begin to establish these new goals, food security and nutrition remain crucial elements. David Taylor, Economic Justice Policy Advisor for Oxfam, tells the Inter Press News Agency, “In a world that produces enough food to feed everyone, there is no excuse for anyone to go hungry.”

Yet, as of today, one in eight people still go hungry or is ailed by some type of malnutrition. This is approximately 842 million people who are under-nourished. Poor nutrition causes 45 percent of deaths in children under five—this is 3.1 million children every year.

While, according to Taylor, ending world hunger is not an unrealistic endeavor, we still face enormous challenges in food security and agriculture. It is imperative to formulate new pathways to overcome inefficiency, corruption and wastefulness.

On June 2, the Open Working Group (OWG) in collaboration with the UN, released Draft Zero on SDG with 17 goals to be accomplished in the next 15 years. In terms of food, one of the main emphases of the program is to boost production by locals, women and marginal groups.

Despite the optimism of those proposing SDG, it is not without critics. In recent months, SDG and its proponents are being accused of bypassing water supply and sanitation as basic human rights. According to a letter of protest signed by 77 non-governmental organizations (NGOs), including Biofuel Watch, Blue Planet Project, Corporate Accountability International and End Water Poverty Coalition, their protest arises from the fact that references to water and sanitation as human rights has been removed from SDG.

While the road ahead of a final SDG is still long and complex, the UN Secratary General is expected to provide an update on the final version of SDG by the end of this year. Proponents and critics are expected to work together, and the UN would be taking into account various contributions in order to achieve a plan that best suits the needs of the most disadvantaged sectors of the global population. The final disclosure of the post-2015 development agenda is expected to coincide with a high-level Summit in September of 2015.

2015 will mark the target year for the United Nations Millennium Development Goals (MDGs,) a set of eight development objectives set by world leaders as a commitment to reduce extreme poverty worldwide. The current goals seek to:

The U.N. recently released the 2014 MDG Annual Report, in which it applauds progress toward the Millennium Development Goals, encourages continued effort for the initiative’s remaining year and lays the groundwork for a post-2015 development agenda. The new set of goals, referred to as the Sustainable Development Goals, ambitiously aims to “end poverty everywhere” by 2030. A zero draft was released on June 2, in which the Open Working Group laid out 17 post-2015 goals. Concerns have been raised over the length of the draft and the abstract nature of the objectives, which are listed as follows:

One notable characteristic of the proposed list of SDGs is its emphasis on science and technology. The draft touches on issues of climate change, water sanitation, energy supply, biodiversity preservation and ocean conservation. Where the document falls short, according to voices in the scientific community, is in its implementation section, which fails to explicitly define the strengthening of science and technology in developing countries as a key focus. Yet, besides the arguments between scientific and political pundits, the trajectory of the SDG project is clear. As published in the SDG zero draft, “we recognize that poverty eradication, changing unsustainable and promoting sustainable patterns of consumption and production and protecting and managing the natural resource base of economic and social development are the overarching objectives of and essential requirements for sustainable development.” – Kayla Strickland Sources: United Nations 1, United Nations 2, SciDev.net 1, SciDev.net 2 Photo: Reegle