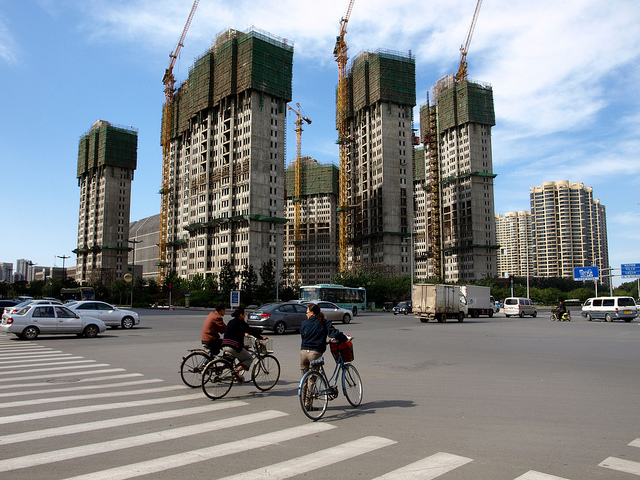 China is the world’s most populated country and has a culture that stretches back nearly 4,000 years. In recent years, its achievements in poverty reduction have been unprecedented. China is leading the world in poverty reduction, outpacing many other major nations in terms of national focus.

These efforts can be attributed to Chinese President Xi Jinping, who has led a drive to eradicate the problem of extreme poverty. For the first time in over 30 years, its list of areas suffering from extreme poverty has been reduced. China removed 28 counties from its list of poorest places in the country. The number of Chinese people lifted out of poverty over the last 30 years accounts for more than 70 percent of the world’s total. Chinese Vice Premier Wang Yang said in a forum that “China is an active advocate and strong force for world poverty alleviation.” This combined with efforts within the country shows how China is leading in poverty reduction.

The government of China hopes to share its experiences and improve collaboration with other countries as part of its plan to follow the 2030 Agenda for Sustainable Development. Years of work have led to China closing in on its goals of achieving a moderately prosperous society by 2020, beginning with the baseline task of lifting all people out of poverty. So far, more than 10 million people have been freed from poverty each year since 2012.

In an interview with Xinhuanet, U.N. Resident Coordinator and Development Resident Representative in China Nicholas Rosellini said: “These achievements not only can benefit China but also bring experience to the world and make great contributions to global poverty reduction efforts.” He goes on to stress that without China’s contribution, there is no way to achieve the common goal of reducing global poverty and believes that China can achieve the goal of comprehensively eliminating rural poverty by 2020.

Additionally, the United Nations will provide systematic support for China’s poverty reduction work. Rosellini commends China’s contributions to world peace, as they contribute more troops to U.N. peacekeeping missions than any other permanent member of the U.N. Security Council. China has become the second-largest country to share U.N. peacekeeping costs.

Although the goals may seem somewhat optimistic, it is still significant that China is leading in poverty reduction around the world. There are many reasons for the U.S. to increase support for global poverty reduction. With less poverty comes less overpopulation, as the higher the death rate is for children in a region, the higher the birthrate. This is because when people know their children will survive, they have fewer children. In addition to this, history has shown that when people transition from barely surviving into consumers, it opens new markets and job opportunities for U.S. companies. In the United States, one out of every five jobs are export-based, and 50 percent of U.S. exports go to developing nations.

There are many positive consequences that can come from fighting global poverty and they should incentive other countries, like the U.S., to increase their support for reducing extreme global poverty.