Tag Archive for: Poverty In Chile 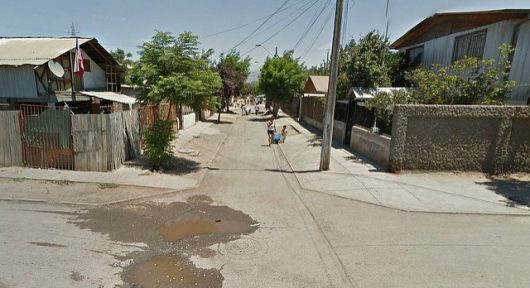 Santiago, Chile is a magnetic city that draws many people in because of the city’s alluring cultural life. Chile’s industry is mostly congregated in the Greater Santiago region.

The industries consist of textiles, shoes, clothes, food products, copper mining and metallurgy have made this region prosperous. As a result, there has been a rise of a growing financial district known for its stock exchange and banking.

Even though Santiago is often viewed as an industrial hub, many in this prosperous city are left with little and struggle to survive. To recognize the needs of Santiago, here are 10 key facts about poverty in Santiago.

10 Key Facts About Poverty in Santiago

Aid groups, such as the Chilean Red Cross have implemented tactics to improve healthcare in Santiago. They are trained to respond to epidemic controls, as well as promoting healthcare education and preventing diseases. Among the highest of the International Federation of Red Cross’s goals is fostering community empowerment. 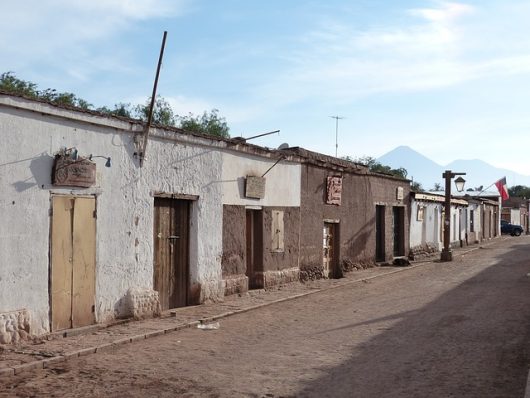 Chile is currently struggling with its finances and education system. A public charity called Hogar De Cristo conducted a survey concluding that 58 percent of Chileans found that a lack of opportunities and education were the leading causes of poverty in Chile.

This recognition has shown that poverty in Chile, as well as poverty in general, is multidimensional rather than solely related to a lack of money. In addition to those mentioned above, Chileans accredit their poverty to laziness, addictions, lack of state support, abandonment and disease.

Poverty in Chile: Facts and Figures

Poverty in Chile has a fairly low percentage of 14.4 percent, which is lower than the United States. However, Chile’s problem lies in the country’s high rates of income inequality: and this alone has driven around 10 percent of people into poverty.

The inequality also reverts back to the poor education systems. There are approximately 75,000 Chilean children who do not attend school. The number of uneducated closely correlates with those living in the deepest poverty.

At first glance, Chile’s economy appears stable. In fact, in 2011, Chile was even voted as the 44th country for highest human development rates by the United Nations. These rankings were achieved by collecting the national averages, meaning that this can hide the truth about the country’s inequality.

The Chilean economy is reliant on copper prices. Chile’s GDP rises when prices go up, but this alone does not create jobs that lead to prosperity. The truth about poverty in Chile shows that the GDP growth does not always benefit the majority of people.

In order to reduce poverty in Chile, national and international education reform advocates suggest significantly increasing expenditures in education. The goal would be to produce quality institutions and in turn, reduce poverty. Some economists even suggest a change in tax rates, because the low tax rates are one main reason why inequality has not been reduced. By fixing the tax problems, Chile could solve issues like the poor education and poverty significantly. 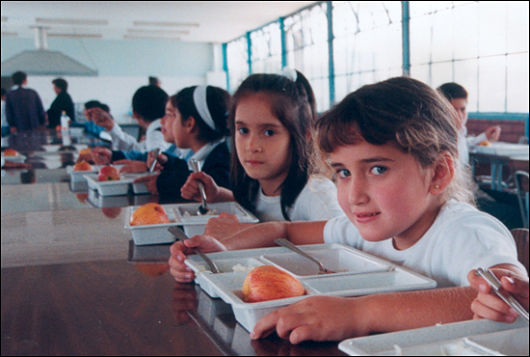 In recent times, some of the largest economic growth in South America has occurred in a small and notoriously narrow country, the Republic of Chile. A standard-bearer of free-market capitalism, Chile’s rapid expansion over the past 35 years has been staggering. According to Forbes, “poverty has fallen from 50 percent to 11 percent, per-capita income has increased from 4.000 dollars to almost 20.000 dollars and inflation was reduced from over 250 percent per year to less than 7 percent per year.” Often referred to as the “The Miracle of Chile,” this development seemed to lift the country out of economic and political chaos and into remarkable prosperity.

In 1973, Chile was in dire straits. Its annual rate of inflation had reached 150 percent and its economy was spiraling downward. On top of this, the country experienced the bloodiest coup of 20th century South America in which the military dictatorship of General Augusto Pinochet seized power from the Socialist president Salvador Allende. Over the course of just one month, over 3,000 Chileans lost their lives as military planes strafed and bombed the presidential palace. Ironically, this militaristic dictator became the source of the economic miracle.

General Pinochet promptly began to dismantle Allende’s socialist system and in its place instituted free-market economic policies. To enact these policies, Pinochet gathered together a collection of economists named the ‘The Chicago Group,’ as many members had studied at the University of Chicago. The group endorsed lower tax rates, the privatization of state companies, lower government spending and deregulation. But this growth came at a price to civil liberties and democratic values. In his 1980 constitution, Pinochet set the stage for Chile’s growth by prioritizing economic freedom at the cost of political oppression and social programs.

In 1990, Pinochet failed to retain his office after losing a public election and Chile steered back towards democracy. While his policies in the 1980s had brought the country out of financial failure and into economic prosperity, they left the poorest Chileans behind. Due to tax cuts and lackluster government spending, 45 percent of Chileans still lived in poverty. To the new Chilean government of the 1990s, the next big step was to confront poverty. Their solution was social spending.

Their plan was extraordinarily successful. Between the years of 1989 and 1997, the new Chilean government increased “health and education investments (mostly ignored under Pinochet) by 179.3 and 115 percent respectively,” according to a report from Brandeis University. This social spending helped to dramatically lower poverty; every percentage of growth Chile experienced between 1990 and 1996 counted 50 percent more to the reduction of poverty than under Pinochet’s regime. Ultimately, the poverty rate fell from 39 percent to 20 percent from 1990 to 2000. In comparison, poverty across South America only fell from 48 percent to 44 percent.

Of all social expenditures, education received the most attention and made the greatest impact. During the 1990s, spending on education grew at a rate of 10.6 percent annually and 274 percent cumulatively over the entire decade. The same Brandeis study mentioned above found that the increases in education spending were particularly effective in decreasing the severity of poverty in Chile.

However, Chile’s expansion, while exceptional, has not exactly been miraculous. According to the Brookings Institute, Chile has one of the highest rates of income inequality in the world. Unfortunately, Chile’s education system, particularly higher education, suffers from a similar form of stratification even though it has expanded by 33 percent in the past two decades. In terms of enrollment, 62 percent of Chileans from the upper 20th percentile in income attend institutions of higher education. By contrast, only 21 percent attend from the lower 20th percentile.

While Chile has developed rapidly, due in large part to social spending in education, it has left many of its poorest behind. With the current president Michelle Bachelet planning further tax increases to provide free education to all Chileans, it is possible that another miracle may be on the horizon.