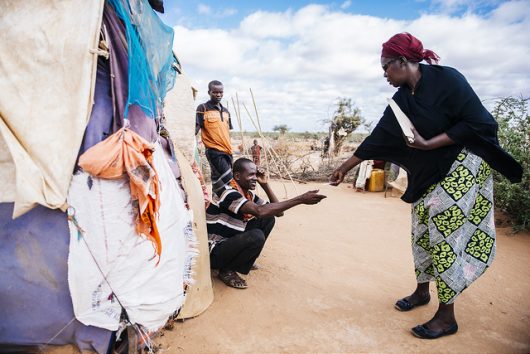 One of the least developed countries in the world, the Republic of Comoros has one of the highest population density in Africa. The three-island archipelago is located between Madagascar and Mozambique in the Indian Ocean, with a population of about 800,000 people.

A Country Hungry for Change

Between the 1997-2014 period, Comoros was the third country on the list of world’s hungriest countries. The Borgen Project reported in 2014 that Comoros was “one of nineteen nations still labeled as ‘alarming’ or ‘extremely alarming’ on the Global Hunger Index, leaving 870 million without food.”

According to the Index, countries with the lowest levels of food security (such as Comoros) are either engaged in or have recently emerged from war. Interestingly, Comoros ranked 159 (out of 188) on the United Nation’s Human Development Index in 2015.

Aid organizations have aimed to provide health, relief and other humanitarian aid to Comoros. The Islamic Relief International Organization has assisted over 1 million people from 2006-2018, giving almost $3 million to uplift the poor and the needy. Almost $2 million has gone to establish health dispensaries and centers for men, women and especially malnourished children in the country.

“More efforts should be made to boost domestic resource mobilization, building community resilience, and country-level policy dialogue between governments and local actors such Red Cross and Red Crescent Societies,” he said.

After a 4.8 magnitude earthquake struck the Anjouan island in March 2014, heavy rains and deep fissures caused heavy infrastructure damage and cordoned off supplies from tens of thousands of people. United States Agency for International Development (USAID) and the Office of U.S. Foreign Disaster Assistance (OFDA) partners delivered emergency hygiene, water and sanitation supplies that provided relief to those displaced by the disaster.

In its Country Strategy Paper for Comoros (2008-2013), the European Union (EU) provided €63 million in total to tackle three major priorities as part of the 10th European Development Fund: governance, transport and education. Cyclonic rehabilitation was also added to the entire agenda, which comported Comoros’ development strategy as defined in the Growth and Poverty Reduction Strategy Document.

Humanitarian aid to Comoros is also needed to protect children against sexual violence from their teachers in religious schools. The United Nations Children’s Fund (UNICEF) has supported legislation in the area of children rights, the fight against child labor and violence against women.

Grants from Global Partnership in Education and Education a Child have led to the rehabilitation of dozens of classrooms and construction of schools for children. UNICEF has also supported the government’s response to emergencies and ensured safe drinking water supplies, devising development plans that protected against possible outbreak of Ebola.

The economy of Comoros is highly dependent on subsistence fishing and agricultural production. As the country lacks natural resources and a well-educated labor force, fiscal and structural reforms are necessary to promote the population’s long-term welfare.

The World Bank predicts that political stability in Comoros after the 2016 presidential elections will lead to increased economic growth and opportunities. As part of that effort, humanitarian aid to Comoros will be critical in both maintaining stability and prosperity in this burgeoning country, and benefitting the poor and the needy.