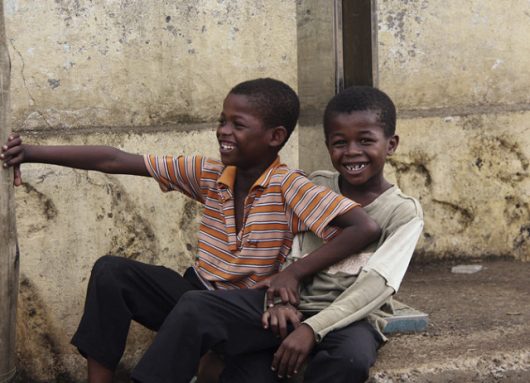 Comoros, a group of three islands in the Indian Ocean, has great scenic beauty, although the nation is poor. Skilled workers often go to France, hurting development and leaving Comoros with a consistently low gross domestic product. Since its independence in 1975, Comoros has slowly gained self-sufficiency in food production, with subsistence farming being the top employer in the region and making up the bulk of the economy. This means that poor harvests and the potential to run out of useful land are major issues in Comoros, and the need to help people in Comoros diversify the economy is becoming more and more time-sensitive.

The nation is not completely without help, however. France provides major financial support, and other countries provide some financial aid as well, including Saudi Arabia and Japan. But in order for Comoros to move away from a subsistence farming and fishing industry and towards a more developed economy, it needs to expand and find better solutions that do not rely on foreign lending. The World Bank is cautiously optimistic that the new government elected in 2016 is starting to implement policies that may prove successful in helping the GDP grow through “expanding the coverage of the electricity network and relaunching public investments.”

One of the ways to help people in Comoros is to boost its areas of success, namely, the agricultural sector. This may not improve the nation’s economy, but stimulating this sector will help the poor in the region, most of whom live in rural areas where the only employment opportunities are in the agricultural sector. Upward mobility for the poor is crucial, as the last household survey conducted in 2014 found that almost 18% of the population lives under the international poverty line, which is set at $1.90 per capita per day. Therefore, in order to have enough money to pursue more developed industries, the people of Comoros need to rely on higher-paying agricultural sector work first.

In the long-term, Comoros is in a position to develop through better education initiatives and public spending. While the government does not have much money to work with, one of their first goals should be to increase spending for better schooling and then provide monetary rewards for those educated citizens that come back to the islands after college. Only then, through an educated populace, can the country really diversify its industry enough to increase the GDP and stimulate the economy. The population is already set up for this kind of initiative, with 53% of the citizens being under the age of 20, the perfect age group to benefit from better education and trade industries.

Another way for Comoros to get an economic boost is to increase its tourism industry. Although tourists do go to Comoros due to its beautiful beaches and natural forests, the nation remains relatively unknown. Making a deal with a nation like France to bring in tourists and open up transportation to the island, as well as commercializing a few of the nicest beaches would not only stimulate the economy but also provide new employment opportunities for the citizens of Comoros. This is not to say that the islands should be completely commercialized, as it would take away from their natural beauty and culture, as well as harm their subsistence farming and fishing industries. However, a moderate tourist industry could be enough of a boost to provide funding for other useful initiatives.

Ultimately, Comoros has a struggling economy and a lack of development that cannot be turned around quickly. However, through diversifying industry, educating the populace and opening the islands up to more tourists, Comoros will have less poverty and more opportunities for its citizens moving forward.