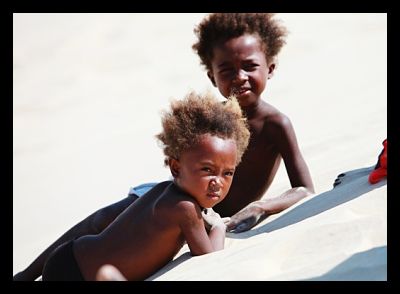 Madagascar is the fourth largest island in the world and has a population of over 22 million. It has an incredible amount of biodiversity, a great potential for sustainable tourism, and boasts a deep, rich heritage. However, before the mid-1990s Madagascar was in a downward economic spiral. Poverty in Madagascar is rampant. Even though slow improvements have been made, a 2004 CIA Factbook estimate places 50% of the population below the poverty line — the World Bank’s estimate is that 70% of Malagasy live on less than $1 a day. Some of the biggest obstacles to poverty eradication in Madagascar are as follows.

1. Geography. Its placement in the Indian Ocean off the coast of Eastern Africa exposes it to a large amount of intense tropical cyclones. Floods caused by torrential rains are contributing to humanitarian crises the country faces relatively often. Furthermore, the area that Madagascar takes up is slightly less than twice the size of Arizona with a square kilometrage of approximately 587,000 km. Because of the island’s relatively prohibitive size, deforestation and erosion are grave environmental concerns.

2. Political turmoil both past and present. Deep roots of unrest persisted after French colonial rule ended in 1960; in the early 1970s, the military seized the newly independent government and imposed strict socialist economic practices. By 1982 the country needed external aid through the International Monetary Fund. Improvements were made, especially with Madagascar’s inclusion in the Africa Growth and Opportunity Act (AGOA), which allowed Madagascar duty-free access and access to aid funding. However, in 2009 then-president Marc Ravolomanana was deposed in a coup. Andry Rajoelina replaced Ravolomanana; the coup marked Madagascar’s exclusion from the AGOA due to human rights concerns, and donors all but suspended aid to the country. Today the political turmoil and threat of conflict also have driven many tourists from considering Madagascar a destination, halting the already-stunted tourism sector.

3. Disintegrating infrastructure. According to Euromonitor International, the capital city of Antananarivo is the only city on the entire island to provide good road infrastructure. Most railway transport along the island is on the eastern side, where the principal cargo port city of Toamasina is situated to the northeast of the capital city. The country is therefore heavily isolated even between major cities; the lack of ability to move goods and workers is severely detrimental. Furthermore, even transport out of the country by air is tenuous due to air safety and security concerns, according to Euromonitor International.

4. Severe water safety, sanitation and hygiene concerns. According to WaterAid Madagascar, over 18 million people do not have access to adequate sanitation in the country; 89% of Malagasy do not have access to improved toilets. As a result, Index Mundi asserts that the degree of risk is very high for major infectious diseases; waterborne diseases are common, such as bacterial and protozoal diarrhea, hepatitis A, and typhoid fever. Ultimately, the biggest obstacle that Madagascar faces now is its political instability. President Rajoelina’s government — and the way he acquired his power — has caused international aid to come to a halt. Until then, the burden for domestic development, strengthening the economy, and addressing public safety issues falls squarely on the shoulders of the already-financially strained government of Madagascar.

New Ideas are the Solution to Global PovertyPoverty in Guinea: The Land Of Extremes
Scroll to top