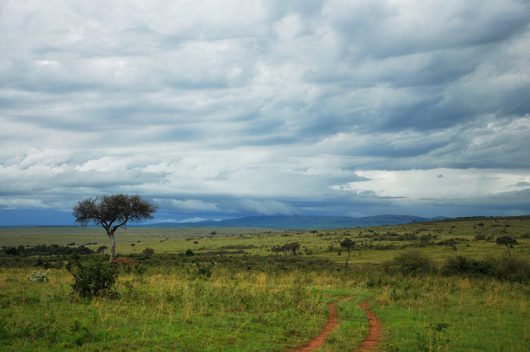 Comoros is an archipelago off the coast of Africa composed of three distinct volcanic islands: Nhazidja, Mwali and Ndzouani. Since declaring independence from France in 1975, the state has suffered a steady decline in its gross domestic product. Environmental hazards such as an unpredictable climate, overpopulation and poor harvests have stunted the growth of Comoros’s economy. In 2016, Comoros’ agriculture-based workforce was at a stagnant unemployment rate of 19.96% and scored .497 on the Human Development Index, indicating insufficient rates of life expectancy, education and per capita incomes.

In 2001, Comoros published its official constitution. In its preamble, the constitution states that equality, freedom and both economic and basic security will be provided for its citizens, “without distinction based on sex, origin, race, religion or belief.” The proclamation goes on to specify direct measures of this freedom, emphasizing both the promised protection of accused citizens to properly defend his or herself before the courts, as well as the rights of a child to be safeguarded by authorities against “any form of abandonment, exploitation and violence.”

Despite these mandates, however, Comoros’ human rights record is tainted with accounts of political corruption, extensive pretrial detention, as well as several instances of child exploitation and abuse. In its current state, Comoros is acting out of the bounds of its own written law and the Universal Declaration of Human Rights adopted by the United Nations. Here are two examples of the evasion of human rights in Comoros.

According to the 2016 Human Rights Report, Comoros’ prison and detention centers were severely overcrowded. Out of three prisons, the largest is based in the nation’s capital city, Moroni. After analyzing the size and structural scope of this prison, the International Committee of the Red Cross announced its capacity at 60 prisoners. However, when examined at the time of this report, Moroni’s prison was holding 148 inmates. Reports also concluded that each prisoner was allotted, on average, only one meal per day. Malnutrition was prevalent among inmates, most particularly those who were not supplemented with food from family members

Investigation into the livelihood of inmates suggested that juveniles and adults are also held together in the same cellblock. Studies like the one done by the Justice Policy Institute suggest that this practice leads to juveniles re-entering society as hardened criminals, more assimilated to an immoral way of life. This leads to higher levels of recidivism and stunts the growth of the nation’s next generation.

When discussing human rights in Comoros, however, one of the biggest concerns comes from the delay of fair trials when a citizen falls under formal accusation. Disarray within the judicial system often leaves pretrial detainees awaiting trial for more than four months, beyond the permissible limits of holding. On top of this, many of the innate liberties in which the accused are entitled to are ignored or unacknowledged by the court system. These rights include that to a public defender and an impartial judicial environment in which to present his or her case. Oftentimes, bribery, corruption and unpredictability within the court system stomped on the rights of the accused, and many are imprisoned without a fair chance at proving their innocence.

Among other violations of human rights in Comoros include the exploitation and forced labor of young children. In 2002, three studies financed by UNICEF evaluated and confirmed the widespread physical and psychological abuse suffered by the children of Comoros. These studies determined sexual abuse to be at the forefront of offenses, and the average age of the victim to be 13.

In 2005, UNICEF published the story of Amina, an 11-year-old girl whose life was stolen after the delivery of her illegitimate child. Amina’s rapist, the father of this child, was a Koranic teacher who lived near Amina and her family. Ashamed of what had transpired between her and the 45-year-old aggressor, Amina hid her pregnancy for seven months — neglecting the necessities of prenatal care and putting her life at risk.

Cases like Amina’s are far too common within Comorian society, often ending in informal contracts between the victim’s family and the abuser. Instead of reporting instances of rape and molestation, the offender pays money to the victim and, in the case of pregnancy, agrees to care for and support the unborn child.

Reports also show high instances of human trafficking in the case of young, impoverished children being sent to work for wealthier families in both the financial and agricultural sectors. Their new caretakers often exploit the children by having them work long, exhaustive hours and expose them to both physical and sexual abuse. Some of these children are reportedly placed into positions where they are forced to smuggle drugs into neighboring islands or operate covertly in unlawful tasks.

In other cases, children are sent to Koranic schools headed by fundi, a “learned person,” in order to edify themselves on Islamic law and culture. In 2009, the ILO reported more than 60% of the children it surveyed were victims of sexual abuse by their fungi — forced, then, to live among and learn from their attacker.

In order for human rights in Comoros to be acknowledged and respected, these transgressions need to be punished with the proper repercussions. This comes primarily from supporting the U.N. in their initiatives like the Global Action Programme on Child Labor Issues. In its targeting of problem countries, Comoros included, this project works to pinpoint the legal gaps that allow child labor to exist, and diminish its existence in terms of both legislation and livelihood. The effort of the individual to lobby for programs and projects like this helps perpetuate the regard for human rights in Comoros.