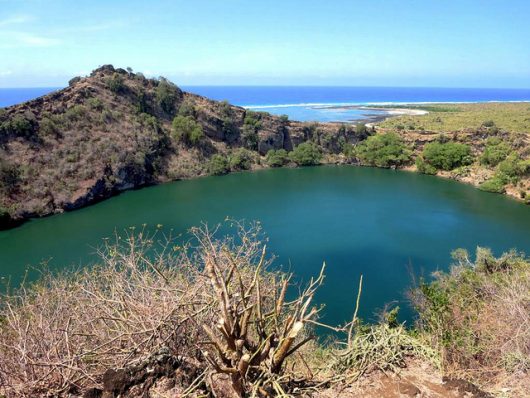 Comoros is a small island in the Indian Ocean, off the eastern coast of Africa. The nation only has a population of only 826,539. Although their population is modest, the health-related problems afflicting Comoros are immense. The average life expectancy is 63.5. Malaria, tuberculosis and other common infectious diseases inflict the most harm overall. The level of poverty plays a large role in the advancement of these diseases. Here are the top diseases in Comoros and how poverty is progressing them:

In Comoros, malaria is one of the more prevalent health issues. Malaria is a mosquito-borne disease. Symptoms include chills, high fever, headaches, nausea, anemia and more. If patients do not receive treatment, the disease is fatal. Many of the cases of malaria are in tropical and subtropical places where Anopheles mosquitoes can survive and multiply effectively. Consequently, the highest number of cases is found in Africa, south of the Sahara. Comoros is a poor country, ranking 169 out of 187 on the Human Development Index. The poverty level in Comoros largely explains why malaria is still an issue. Additionally, mortality rates associated with malaria do affect the poorest people the most, as they can often not afford the preventative measures capable of curing the disease. Malaria and other tropical diseases account for 5.5 percent of the mortality in Comoros.

Tuberculosis is a bacterial disease that affects the lungs. Symptoms include cough, fever, night sweats and weight loss. Unfortunately, the disease is fatal without proper treatment. HIV/AIDS and tuberculosis combined account for 7.9 percent of the mortality in Comoros. Top diseases in Comoros have similarities. Tuberculosis, like malaria, is also a curable disease when given the proper treatment. Both malaria and tuberculosis are diseases are no longer problematic in wealthier countries. The wealth disparity is an explanation as to why these diseases have not been eradicated in poorer countries, like Comoros. People do not have access to preventative measures, nor have they received education on how to avoid these diseases.

The top diseases in Comoros show little development compared to the rest of the world. However, health experts in Comoros say that they are making progress. In 2004, malaria had infected nearly 40 percent of the population. After 10 years, that number has fallen drastically. Most of this progress is due to the government of Comoros, which “launched its first five-year anti-malaria drive in 2005 with initial funding of $2.4 million from the Global Fund against malaria, tuberculosis and AIDS” (Seychelles News Agency). As malaria and tuberculosis are both curable diseases, the prevalence of these illnesses is falling. As with most epidemics, education and funding are the most important factors in ending the longevity of both malaria and tuberculosis.