Tag Archive for: Poverty in Djibouti 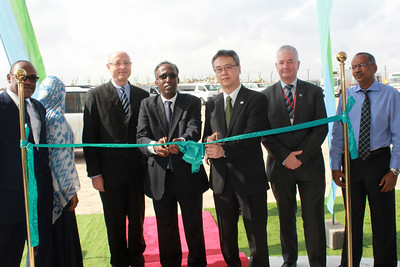 The Republic of Djibouti is a small country situated in the Horn of Africa between Eritrea, Somalia and Ethiopia. The nation is home to nearly one million Djiboutians today, and as many as 42% of them are living in poverty.

The region’s harsh dry climate has exacerbated poverty in Djibouti, especially in rural areas where most practice nomadic farming. While one-third of the population tends to livestock, farming only represents 3% of the annual GDP in Djibouti. Unprofitable farming means Djiboutians rely on imports for nearly 90% of their food and are heavily dependent on variable international market prices. Such dependence coupled with insufficient rains, long droughts and high unemployment rates put many farmers at risk of extreme poverty.

The Effects of Poverty in Djibouti

Though poverty rates are declining overall, more than 70% of Djiboutians were still living on less than $5.50 a day as of 2017. This number is a result of limited gainful employment opportunities in the country.
Poverty in Djibouti results in malnutrition and food insecurity. According to the World Food Programme (WFP), as many as 7.5% of the country’s population was malnourished in 2016. According to the United Nations Center Office for Coordination of Humanitarian Affairs (OCHA), an estimated one-third of the population is chronically food insecure, with 62% of those living in rural areas lacking consistent access to nutritious food and a sufficiently varied diet.

Government Investments in the Fight Against Poverty

The Djiboutian government under President Guelleh has been working to provide relief to its impoverished citizens since 2003. The Guelleh administration passed both “the Strategic Document for Reducing the Poverty (SDRP) in 2003 and the National Initiative for Social Development (NISD) in 2007” to enhance entrepreneurship opportunities for Djiboutians. However, such efforts were unsuccessful in reducing the high unemployment rate and addressing poverty in Djibouti.

Despite the high rates of poverty in Djibouti, the Djiboutian government is cautiously optimistic that it can create jobs and pull its people out of famine. The country’s GDP continues to grow steadily on the back of foreign investments, increasing by nearly 6.8% in 2018. The Republic of Djibouti is of particular interest to China, which is interested in making the country a customs-free zone, harnessing its available natural resources such as salt and energy and developing tourism services.

The Djiboutian government is also investing heavily in developing hydroelectric, port and railway infrastructure in the hopes of lifting its people out of poverty. These investments show that the country is interested in moving toward more of a transport and shipping economy, using its proximity to the Gulf of Aden to assert itself as a crucial trading partner in the Horn of Africa. These efforts to diversify its economy intended to provide new opportunities to Djiboutians to earn living wages, provide food for their families and lift themselves out of poverty.

The Vision Djibouti 2035 Plan and SCAPE

To encourage entrepreneurship and continue to push the fight against poverty in Djibouti, the Guelleh administration also laid out the Vision Djibouti 2035 plan in 2014 and the Accelerated Growth Strategy and Promotion of Employment (SCAPE) in 2015. The long-term strategic framework in Vision Djibouti 2035 intends to push the country toward emerging status by 2035, while the five-year plan laid out in SCAPE aims to provide relief in the short term. Among its many lofty goals, SCAPE outlines how the government intends to provide financial support to those working in agriculture and livestock, create infrastructure for economic valuation in important growth sectors like tourism and resource mining, speed up job creation to help Djiboutians find gainful employment and reduce extreme poverty in Djibouti by 20%.

Djibouti faces significant challenges as it grapples with poverty. However, there is hope. Through fruitful symbiotic partnerships with foreign powers like China and effective strategizing, the government hopes that poverty in Djibouti will be a thing for its history books by 2035.