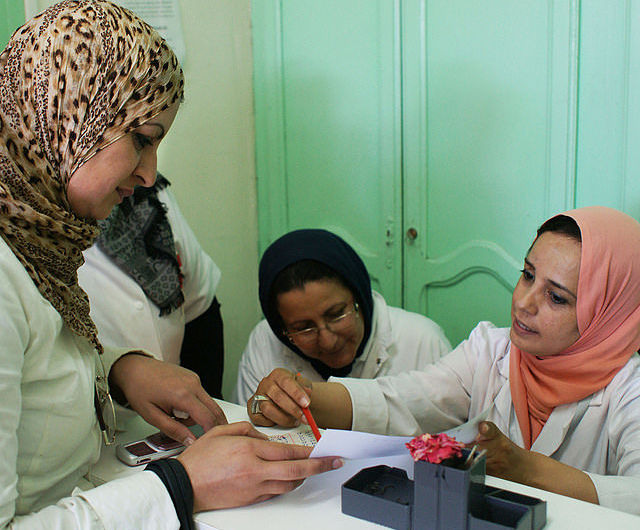 In Algeria, women are typically viewed as insignificant and lesser than their male counterparts. Ironically, the honor of a family rests almost solely upon the shoulders of the women.

An Algerian woman, Sara, started a Facebook group to garner acceptance in favor of the bikini. “Swimming in beachwear at the beach shouldn’t be an exploit or shocking,” she said. Some 200 women have gone to the beach in bikinis in support of women’s freedom to wear what they want when they want to. It is a small step for women, but a crucial one for women’s empowerment in Algeria.

Even more significant to women’s empowerment is that more women are appearing in parliament in Algeria.  Despite a patriarchal system, women now occupy 31 percent of parliamentary seats, due to political reforms supported by the UNDP, ranking the country first in the Arab world. According to its website, UNDP “helped establish a legal framework that granted women 30 percent representation in elected assemblies.” Building upon this framework, UNDP founded a program to support elected women officials and ensure that they got the proper education for these roles.

Yasmina, a resident of Algeria who is a lawyer and has been in training to learn about the democratic process understands the importance of this work. “Through these exchanges with the trainers, I’ve come to understand the importance of having women participate in the decision-making process and the impact this has on the future status of women in Algeria,” she said.

Educating women leads to gender parity. Gender parity is a way in which poverty can be reduced. With women gaining more powerful roles in society, gender parity can more likely be achieved and, by extension, reduction of poverty.

While Algeria has made significant strides, there are still some roadblocks to overcome. A woman was set on fire after refusing a man’s advances and a pamphlet instructing men how to beat their wives has been circulated. Women’s rights need to be adopted and respected by everyone in Algeria for progress to be fully realized. Women’s empowerment in Algeria still has a long way to go.

Infrastructure in Bhutan Women’s Empowerment in Bulgaria
Scroll to top