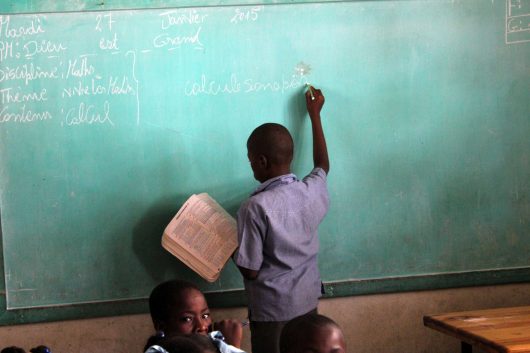 Two of the biggest myths about global poverty are that countries are doomed to stay poor no matter how much aid they receive and that global poverty is too big to fix. There is progress in the fight to end global poverty every day. Several of the largest importers of American goods and services, including countries such as South Korea, Taiwan and Singapore, have graduated from U.S. foreign aid programs to economic independence, and global poverty has been cut in half since 1990.

Foreign aid helps contribute to the downsizing of global poverty, but there are other ways to help as well. If total global education were achieved, it would have a significant impact on the reduction of poverty.

It would take only $16 billion a year in aid to send all children to school in low-income countries, according to UNESCO. For comparison, the U.S alone spends $601 billion on its military. Global education is attainable, and it can change and save lives.