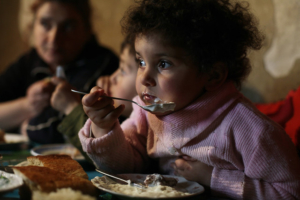 Azerbaijan is a country of 9.8 million people situated between Eastern Europe and Western Asia. It is bordered by the Caucasus Mountains and the Caspian Sea. A former part of the Soviet Union, Azerbaijan is roughly the size of Maine. Below are the top 10 facts about living conditions in Azerbaijan.

These top 10 facts about living conditions in Azerbaijan suggest that the country is recovering from a difficult economic era. While there is less devastating poverty in recent years, the economic downturn of 2015 and 2016 shows that Azerbaijan is a country that needs to take steps in stabilizing the economy, investing further in its citizens and broadening its markets if the country wants to completely remove itself from poverty and carry its people into a brighter future. Azerbaijan has reduced the amount of poverty among their citizens, but they still have more to accomplish.