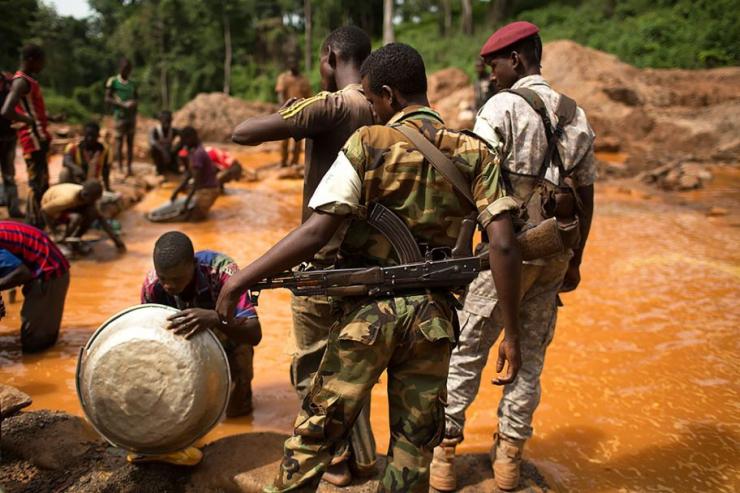 On March 22, the Trump administration repeated its assertion that ISIS had been defeated in Syria. For the past two decades, Americans have focused exclusively on the Middle East when it comes to strategic counter-terrorism efforts. Since September 11, the U.S. military has involved itself in the affairs of Afghanistan, Iraq, Syria and other countries in order to stamp out terrorism. However, poverty and terrorism in Africa are going unchecked.

These military campaigns and several other military operations took place during the contentious “War on Terror.” Now, nearly eighteen years after the attacks, the American public is ready to lessen its intervention in the Middle East. By announcing ISIS’ defeat and pulling the military out, the President is suggesting that the U.S.’s role in the Middle East is nearing its end.

Though leaders of terror groups, like Osama Bin Laden, can be stopped, ideologies on terrorism still hold critical importance. Professor Paul Holman of the University of Maine has been an expert and educator on terrorism and politics for nearly four decades. He did not agree that ISIS had been “defeated” in Syria. This comes down to the root of what terrorism actually is.

In correspondence with the Borgen Project, Professor Holman defines terrorism as “violence against innocent civilians for political reasons.” He notes that both governments and violent extremist organizations (VEOs), like ISIS, use terrorism to further their ideals. Though Syria is no longer under its control, ISIS is more than a national movement.

ISIS is not simply trying to seize and hold territory in Syria and Iraq. Instead, Holman notes, ISIS is a transnational movement based upon extreme religious views, which exist in many other countries. Now that the United States military has weakened many VEOs in the Middle East, where do these organizations go next? Poverty and terrorism in Africa reveal the influence of these VEOs.

The Democratic Republic of Congo

In April, Congolese President Tshisekedi discussed the future of terrorist violence in Africa: “It is easy to see how the defeat of the Islamic State in Syria and Iraq could lead to a situation where these groups are now going to come into Africa and take advantage of the pervasive poverty and also the situation of chaos that we have, for example, in Beni and Butembo, to set up their caliphate.” Beni and Butembo are northeastern cities in the DRC that have faced a substantial amount of violence.

No doubt, ISIS and other VEOs are capitalizing on the extreme poverty and the chaos of certain regions in Africa. In fact, on April 16, ISIS claimed its first attack on the DRC, killing eight soldiers. A statement made by Islamic State propagandists, to take responsibility for the attack, described Congo as the “Central Africa Province of the Caliphate.” Though these attacks by extremist groups in Africa are not new, American’s realization of their strengths seems to be.

As poverty and instability lead to upticks in violence by VEOs, regions in Africa are becoming more susceptible to extremist attacks. For the past ten years, Islamist militant groups have been gaining ground in Africa. In 2015, in the poverty-stricken region of northern Nigeria (the largest nation within Africa), Boko Haram became “the world’s deadliest terror group” while at the same time pledging allegiance to ISIS. Though several African militaries, with aid from France and other Western countries, decimated the land control of Boko Haram, the group still maintains a strong influence within Northern Africa.

With African militaries and other nations are fighting against its influence, Boko Haram focused on the Lake Chad region that borders Nigeria, Niger, Chad and Cameroon. Lake Chad is not only one of the poorest regions in the world but a region that remained largely ungoverned. In 2016, Boko Haram split into two, the new group being the Islamic State of West Africa. The Islamic State of West Africa is offering protection to locals from Boko Haram in exchange for economic reimbursement.

Other extremist groups are adopting the strategy of exploiting extreme poverty as well as profiting off of regional and tribal conflicts while diseases spread. According to the Global Hunger Index, some of the hungriest places on Earth are in Africa as are also some of the least peaceful countries. Northern and Central Africa have similar scores in hunger and peace rankings to those of Syria and Iraq where extremist groups have thrived in the past.

VEOs in Nigeria and Sudan

Professor Holman identified a few African nations that are of higher risk of violent attacks by extremist groups, such as Libya, Somalia, Sudan, Kenya and Nigeria. “The country [Nigeria] is polarized between extreme wealth and extreme poverty, suffering from endemic corruption as well as ethnic rivalries and religious differences.” Libya has been in a civil war since the Ghadaffi regime was overthrown. Sudan has had political turmoil both before and after Bashir’s regime was ousted, and Somalia has a weak government.

It is clear that these terrorist groups thrive in poverty-stricken countries fraught with political strife. Therefore, it is essential that poverty and terrorism in Africa be combatted. Governments and organizations must ensure that the innocent civilians have the education, food, water and financial stability needed to secure themselves from violent extremist groups that prey on the poor and the weak. Foreign aid along with maintaining diplomatic relationships with governments from African nations will be a huge part of that. This fosters strong governments that are able to coordinate a defense from extremist groups.

Blue Economy in Bangladesh: Paving the Way for Sustainable DevelopmentTop 10 Facts About Living Conditions in Azerbaijan
Scroll to top