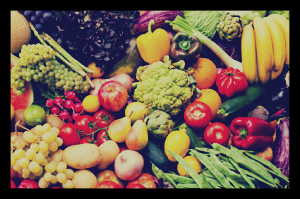 Food insecurity does not just exist in third world countries. In fact, it plagues many people right here in the United States. According to a new research study conducted by Penn Schoen Berland on behalf of Participant Media, 7 out of 10 Americans do not even know what food insecurity means, let alone know that it is something affecting more than 50 million Americans. In fact, more than two-thirds of those polled, who represent the whole of the US population, thought food insecurity was related to obesity.

The research study found that many people think that food insecurity, upon learning its definition,  is a pressing issue that must be addressed in the United States. Yet, addressing this issue often falls behind a long list of other pressing issues, such as economic inequality, the budget crisis, health care and education, in both importance as well as funding. There is much support for eradicating hunger in the United States – more than 90 percent of Americans have made a food donation (either monetary or actual food) to those in need – yet more needs to be done to spread awareness, as well as provide help.

Food insecurity in the United States, as well as in many developing countries, is marked by low socio-economic status and impoverished living conditions. In the push to eradicate global poverty, the struggles facing many American men, women and children should not go ignored. They, too, are the faces and voices that represent the need to end global poverty.