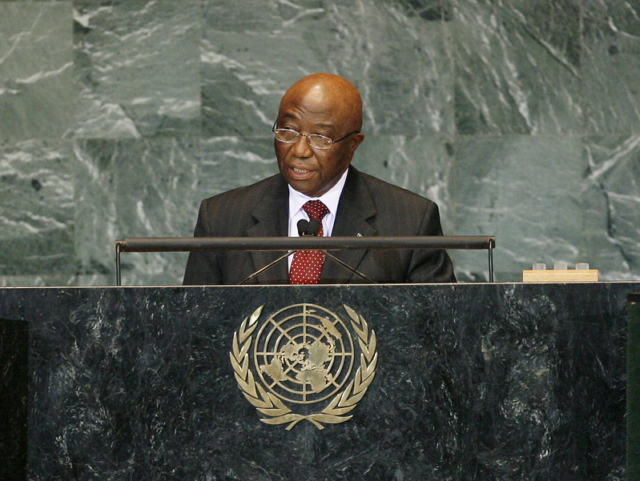 Liberia is one of the poorest countries in the world, a ranking that is largely due to the corrupt practices of its politicians. Economic mismanagement and various other corrupt practices plaguing politics in Liberia have sparked protests in the country as its residents become increasingly upset with a failure to tackle the situation. In order to understand the rise in civil unrest and dissatisfaction with the government, it is important to understand certain aspects of politics in Liberia that have collectively brought about its corrupt practices.

10 Facts About Politics in Liberia

Liberia’s poverty and low economic growth closely link with its political practices. Despite a seemingly calm, democratic transition of power taking place just a few years ago, it seems that the current administration within the country has continued its corrupt practices rather than solving the problem internally. Liberian citizens are now taking a stance against these corrupt practices and attempting to influence their politicians to change their ways. The country can only make economic progress once it addresses its corrupt politics; once a leader comes into power that prioritizes truly challenging corruption or the current president changes his ways, the country will be on the road to progress and increased transparency. Widespread hunger in Liberia has plagued the country partly as a result of a coup d’état in 1980. However, a combination of president Ellen Johnson-Sirleaf’s poverty reduction programs, other government programs and nongovernmental initiatives has led to a reduction in hunger.

In 1980, a military regime replaced the civilian government in Liberia. The people rebelled in 1989. The resulting conflict continued until 2003, when a peace agreement was signed. Then, in 2006, Sirleaf, the first post-war president, was sworn into office. The relative stability since 2006 proved helpful in the effort of reducing hunger in Liberia.

Nearly one-third of the Liberian population is undernourished. Every fifth household is food insecure, according to a 2012 government-led survey.

The staple food for families is rice. Liberia imports 90 percent of this commodity, so any change in price has a large impact on the Liberian people. For example, in 2008, the price for a 110 pound bag of rice equaled one month’s salary for a security guard in the country’s capital of Monrovia, a relatively well-paying position. That bag of rice could only feed a family of seven (the average is five in Liberia) for around two weeks.

In addition, about 14 percent of children under five are underweight and these children’s mortality rate was 7.8 percent in 2011. At one point in 2009, health officials feared that an estimated 74,000 Liberian children would die from malnutrition by 2015.

That fear motivated them to act.

In 2009, health officials succeeded in getting the government to adopt a policy committing them to improve food security, especially in the rural areas where it were most needed. John Agbor, head of child survival at UNICEF, said back then that the policy “refocuses nutrition and puts it where it ought to be—on the higher agenda of government.”

The policies’ successes were possibly reflected in 2013’s Global Hunger Index. While Liberia ranked only 50th out of 78 and remained in a “serious” status, its GHI ranking has been steadily improving since 1995.

In a controversial move, Sirleaf ordered a quarantine of sizable villages, which have been cordoned off by the military. The villagers lack access to food and medical supplies, and the threat of starvation is motivating some to attempt an escape, which many fear will help Ebola spread.

Unless the government and other organizations can find a way to keep these quarantined populations fed, hunger among the people could make Ebola quite difficult to contain in Liberia.

In 2006, Sirleaf became the first elected female head in Africa. As the new Liberian president, she had inherited a war-torn country that was desperate for peace after 13 years of civil war and violence. Her administration rebuilt Liberia’s economy, strengthened its infrastructure, erased the enormous national debt and tackled problems like corruption, security, education and women’s rights.

In 2011, she was awarded the Nobel Peace Prize for her efforts in promoting democracy and gender equality. Nicknamed the “Iron Lady,” Sirleaf continues to promote increased education and opportunity for women to gain skills and become more competitive in the world. She showed the world that women could no longer be excluded from African politics.

She is currently serving her second term as president after winning re-election in 2011.

“The size of your dreams must always exceed your current capacity to achieve them. If your dreams do not scare you, they are not big enough.”- Ellen Johnson Sirleaf

In 2012, after the sudden death of President Bingu wa Mutharika, his vice president became the first female president of Malawi and the second female head of an African state.

“Most African women are taught to endure abusive marriages. They say endurance means a good wife but most women endure abusive relationship because they are not empowered economically” – Joyce Banda

In January, Catherine Samba-Panza defeated seven other candidates to be elected as the Central African Republic’s (CAR) interim president. Due to months of violence and killings, the CAR has collapsed politically and economically. She has the colossal task of leading the state safely into elections next year, rebuilding the CAR’s government and economy, and repairing the hostile relationship between the Muslim Seleka fighters and the Christian anti-balaka militias.

Called “Mother Courage,” Samba-Panza continues to promote women’s rights in a country where men dominate. She cites Sirleaf as her political inspiration and vows to find a solution to her country’s problems.

“The majority of my sisters and daughters in the Central African Republic don’t know their rights so they can’t defend them. But we who know our rights can help them. We must always help them: the battle is always to promote and protect the rights of women. When they are victims of violence, notably sexual violence, in the area of my activities in civil society, it was a battle I always led.” – Catherine Samba-Panza

Sources: The Root, The Guardian, BBC Liberia has a unique connection to the United States. African Americans immigrating from the U.S. to the West African Coast officially founded the nation in 1847. While the country has struggled to achieve prosperity and economic stability for its citizens, the Liberian education system has made considerable recent progress.

Liberia is still recovering from the civil wars that began in 1980 and lasted until 2003. As a result, Liberia ranks near the bottom of the United Nations Development Program Human Development Index at 174th out of 187. Correspondingly, nearly 36 percent of the Liberian population suffers from malnutrition.

During the years of civil car, educational systems were almost nonexistent. This leaves a massive gap in skilled workers entering the job market and by extension, extreme unemployment (close to 80 percent) and poverty. Liberia has a literacy rate of 60.8 percent, and an education system described as “a mess” by Liberian President Ellen Johnson Sirleaf.

Not all news about the Liberian education system is bleak, however. In 2011, President Sirleaf signed into law the Education Reform Act, which seeks to decentralize the education system and help create a new educational management structure more locally focused. The U.S. Agency for International Development (USAID) has also instituted the Liberia Teacher Training Program to help train, develop and recruit more teachers for the nation.

An additional component of USAID’s work in Liberia is encouraging participation in education by girls and women. The Girls’ Opportunities Access Learning Program hopes to increase school enrollment and retention for girls by identifying key policy issues with Liberia’s Ministry of Education.

According to the U.N. Educational, Scientific and Corporal Organization’s Education for All Initiative, at least 15 percent of a nation’s budget should be allocated for education. Currently, Liberia only spends around 3 percent of its national budget on education.  In order to fully jumpstart educational progress in Liberia, there is much more to be done.