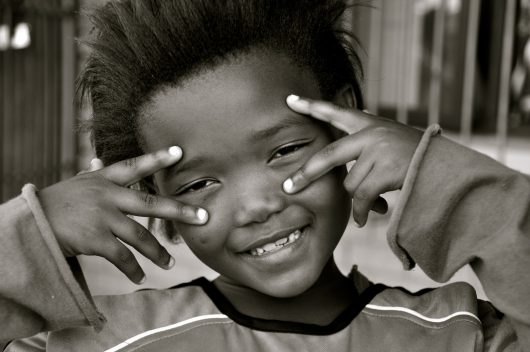 Following a 2012 armed insurgency that fought for national control, a coalition of rebel militia factions started the Séléka movement and installed a new ruling regime that led to an unprecedented level of poverty in the Central African Republic.

Additionally, as a result of current conflict in the country, the Central African Republic’s economic prospects are dismal at best, which is exemplified by its average income per capita of $750.

Implications of Poverty in the Central African Republic

The civil war has disproportionately affected the children of the Central African Republic; more than 50% of the population is below the age of 14. Children that manage to avoid becoming internally displaced persons or child soldiers often never enter the educational system. Moreover, teenage girls are more likely to be illiterate; they attend primary school at rates 21% lower than their male counterparts.

Unfortunately, the people of the CAR also have to contend with terrible health conditions. Currently, more than 120,000 persons live with HIV. Approximately 11,000 individuals require a recurring dose of antiretroviral drugs in order to prevent spreading their disease to a fetus.

The plight of people in the CAR is largely caused by the absence of sustainable agricultural practices. Apart from the effects of conflict, insufficient agricultural infrastructure has produced an alarming food security crisis — more than 10% of children in CAR suffer from malnutrition.

Although the humanitarian situation presents daunting challenges, the international community continues to demonstrate its commitment through stalwart relief efforts. Notably, S.O.S Children’s Villages International has created two-day care facilities, medical centers and educational services that are available to the people of the CAR for free.

The World Food Programme (WFP) is another international actor that has made an impact on poverty in the Central African Republic. So far, the WFP has provided meals to families with children under the age of five and plans to distribute 1.1 metric tons of food across the country in 2017.

In addition to international organizations and global nonprofits, governments that provide foreign aid have helped combat poverty. The United States plays an essential role in reversing poverty; in the past four years, the U.S. has contributed $190 million to the CAR and plans to contribute more than $31 million in 2016.

The global community must continue to prioritize curbing poverty in the Central African Republic, with both assistance programs and greater media coverage of the day-to-day plight for those in the country. It is practical to provide aid, as it is essential for international stability.

Bilingualism: A Resolution to Cultural Conflict in ThailandCandidate Evan McMullin Advocates for Refugees
Scroll to top