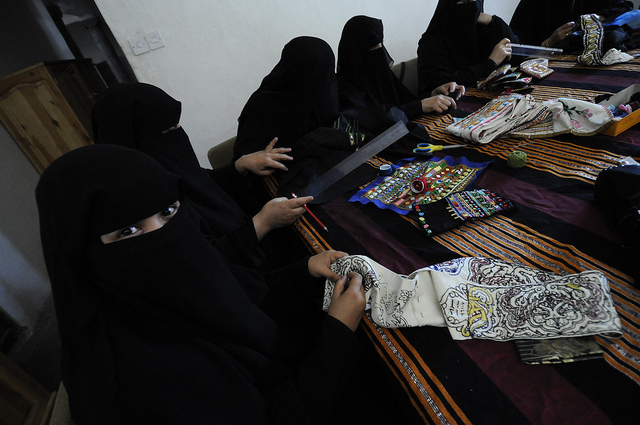 Yemen, a country in the Middle East, has been the center point of many headlines recently due to the ongoing civil war in the country. The war broke out in 2014 and Yemen has remained in conflict ever since.

The country has a population of 27.5 million people, most of whom have been affected by the war, particularly Yemeni women. Many women in Yemen have expressed concerns about the war affecting their security, as well as the safety of their children. Despite these concerns, however, many women view the war as a contributor to women’s empowerment in Yemen because it has provided them with opportunities to assist in peace-building.

Since the outbreak of the war, women in Yemen have contributed in a plethora of ways, including providing aid to those who are wounded, aiding in the protection of children and providing psychosocial support to others. Some women have contributed in other ways, such as smuggling arms. Whichever end of the spectrum these women fall on, many of them regard their actions as an attempt to promote peace within the country.

Aside from providing aid and support to others during the war, Yemeni women are empowered through maintaining their own businesses and developing better leadership skills, which are two of the goals of Partners for Democratic Change. Though the country’s embassy emphasizes the importance of equality among the genders, there are still cultural attitudes and patriarchal structures that cause barriers for women in Yemen. Partners for Democratic Change has worked to tackle these barriers by changing people’s attitudes and by educating women. The organization has advanced women’s empowerment in Yemen by training 75 women in business and leadership so far.

Aside from Partners in Change, there are many other groups that have been established with the purpose of advancing women’s rights, such as the Supreme Council for Women and the National Commission for Women. Furthermore, the National Dialogue Conference (NDC), which took place from March of 2013 to January of 2014, occurred so as to begin a discussion about women in elected positions in Yemen.

The percent of women that made up the membership at this conference was 27 percent. During the NDC, those in attendance agreed upon the idea that, from then on, the number of women in elected council should be no less than 30 percent.

Though there is still progress to be made in regards to women’s empowerment in Yemen, the country has taken steps in the right direction through the various organizations and councils that it has established for advancing women in society. In addition, though the ongoing conflict in Yemen has been a source of turmoil for the country’s women, it has also caused them to feel empowered by providing them with opportunities to help others and contribute to rebuilding efforts.