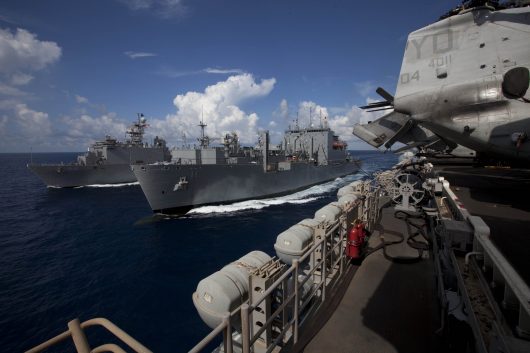 Chinese investment is driving a boom in infrastructure in Djibouti, but gaps still remain when it comes to providing essential services to the country’s most at-risk inhabitants.

Chinese investments promise to revitalize and expand shipping and transportation infrastructure in Djibouti, turning the small African nation of roughly a million people into a major trans-shipment hub on the Gulf of Aden. Chinese-backed projects include an electric train route to Ethiopia’s capital city and developing port facilities in the Port of Doraleh. Djibouti will also host China’s first overseas military base.

Despite these investments and the rapid growth of the nation’s economy over the past 20 years, some people are still left behind, citizens and refugees alike. Djibouti hosts more than 27,000 refugees from across the region, including those fleeing conflict in Ethiopia and Yemen. These refugees typically live in crowded camps with poor sanitation and little access to clean water.

Many citizens of Djibouti also lack reliable sanitation and access to water, particularly in rural areas. Nearly a quarter of the population still lives in extreme poverty, and 48 percent of working-age people are unemployed. The African Economic Outlook estimates that infrastructure development and economic changes driven by foreign investment may trickle down to impoverished citizens in the form of new jobs.

The international community beyond China has also taken an interest in infrastructure in Djibouti. While China’s interests chiefly lie in economic development, others are looking to more humanitarian issues such as education and food security. For example, the United Nations has been working through UNESCO on projects designed to bolster access to water, sanitation and education for both disadvantaged citizens and refugees. Their efforts have reached thousands, but thousands more continue to struggle every day.

The United States is on the ground in Djibouti as well, with the U.S. Agency for International Development (USAID) working with many partners on multiple projects. USAID is active in improving access to education and its quality. USAID is also working with private and governmental partners to address the transmission of diseases such as tuberculosis and HIV/AIDS along the developing Ethiopia/Djibouti transportation corridor.

However, as NPR reports, USAID funding is insecure under the current administration. The current budget proposal offered by President Trump’s administration would cut USAID and related programs by $2.2 billion. According to the New York Times, savings from these cuts will go to fund further investment in the military and domestic infrastructure. This move by the administration is unlikely to go unopposed. Doubts have already surfaced as to whether Congress will get on board with the administration’s proposals. Following a deal with Democrats, the administration’s budget isn’t likely to come up again for consideration until mid-December.

The government of Djibouti has its own ambitious plan to leverage infrastructure development in the mid- to long-term to raise the nation to “developing” status by 2035. In conjunction with humanitarian aid from abroad, this plan may see the fortunes of all Djiboutians rise like the expected ships at dock in the country’s expanding ports at high tide.