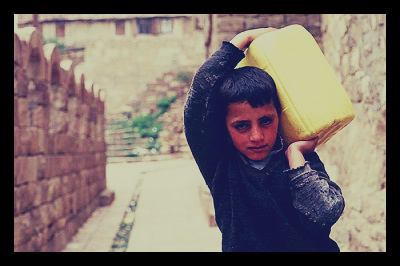 As one of the poorest countries in the Middle East, Yemen is currently faced with some of the most extreme poverty issues in the world. There are several issues that are unique to Yemen that contribute to this magnitude of poverty, issues that are on track to only get worse unless direct action is taken to mitigate these circumstances. If basic problems, such as lack of access to water, are not properly addressed, other matters, such as sub-par literacy rates, will continue to plague the region and exacerbate poverty in Yemen.

Top 5 Facts about Poverty in Yemen

1. Yemen’s population stands at 25.4 million and approximately 54% of those people live in poverty.  In other words, 54% of the population survives on fewer than 2 dollars per day.

2. Approximately 45% of the population is malnourished.

4. Major infectious diseases plaguing the country include Bacterial diarrhea, Typhoid fever, Dengue fever and Malaria, all of which are preventable, curable and in some cases largely unheard of anymore in the western world.