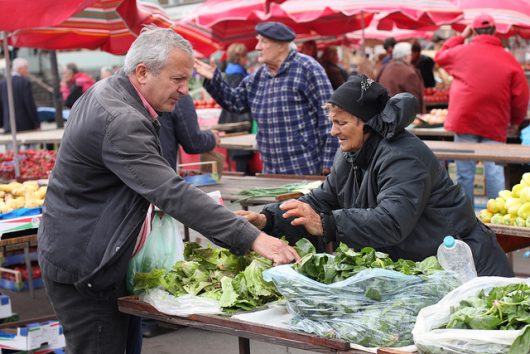 Fewer than 30 years ago, Croatia gained its independence from Yugoslavia, and now this newly independent country is working to find its place in the world economy. With assistance from the United States, not only can Croatia solidify a position, but also the U.S. benefits from foreign aid to Croatia.

The United States currently spends approximately $3.4 million on foreign aid to Croatia, with the largest expense being $1.1 million going to military training, $1 million on foreign military financing, $850,000 on mine and explosive remnants of war, $274,000 on counterproliferation programs and $60,000 on humanitarian and civic assistance. This aid not only benefits Croatia but brings many benefits to the United States, including:

International organizations such as the North American Treaty Organization (NATO), and the European Union (EU) are key institutions in coordinating foreign policy to create diplomatic relations and tie nations together.

The United States actively supported Croatia’s induction to NATO in 2009, and Croatia’s inclusion to the EU in 2013. According to the U.S. Department of State, Croatia, as a part of these institutions, has taken part in peacekeeping missions in neighboring countries — a priority that aligns with the U.S.

Interestingly, it is also the sector where $3.3 million of foreign aid to Croatia is spent. The U.S. further benefits from this relationship because it gains an ally that can help implement foreign policy, be an outlet for new trade partners or target worldwide policy goals such as global warming.

The U.S.-Croatia relationship also opens new markets for U.S. This is arguably the most prominent benefit to the U.S. One of the goals that the U.S. supported upon Croatia’s independence was developing a market-oriented economy.

This support has so far held true and consistent. U.S. aid to Croatia has helped enable the country in becoming a leading partner is southeast Europe. With Croatia’s induction to the EU, the United States has gained another market opportunity for many overseas industries.

Additionally, the United States has been identified as a potential energy partner, which is particularly important given the current energy crisis in Europe.

Foreign aid to Croatia comes not only through official government channels, but also through nonprofit organizations. For example, SOS Children’s Villages International sends humanitarian aid to Croatia from the U.S., with the goal of alleviating poverty and helping children and families flourish in the newly independent country.

Interestingly, Croatia poses the same opportunity. As the nation develops its economy in a post-war era, there is opportunity for new trade opportunities for the U.S.; such a possibility highlights how the U.S. benefits from foreign aid to Croatia.

But, U.S. benefits from foreign aid to Croatia don’t end there. All of these factors — foreign aid, these relationships and numerous economic opportunities — all work together to keep America safe. Economic opportunity, increased government accountability and lessened poverty help create a more stable nation, and pose a lesser risk to both involved nations.

How the U.S. Benefits from Foreign Aid to Croatia

Foreign aid creates diplomatic ties with other nations such as Croatia, and together can work to stop the spread of disease, terrorism and poverty, all of which pose threats to national security.

In one of The Borgen Project’s articles on the benefits of foreign aid, the organization posits a similar perspective to one referenced by Time Magazine — in a powerful statement by Bill Gates, founder of Microsoft, philanthropist and humanitarian: “[Foreign aid] represents less than 1 percent of the federal budget, not even a penny out of every dollar. It is some of the best return on investment anywhere in government.”

While the relationship between the United States and Croatia is still relatively new, U.S. foreign aid to Croatia is helping a nation to become a world player, while also benefiting the U.S. economically and politically.

Endless Possibilities: Foreign Aid and Credit Access in DjiboutiHow the US Benefits from Foreign Aid to Myanmar
Scroll to top