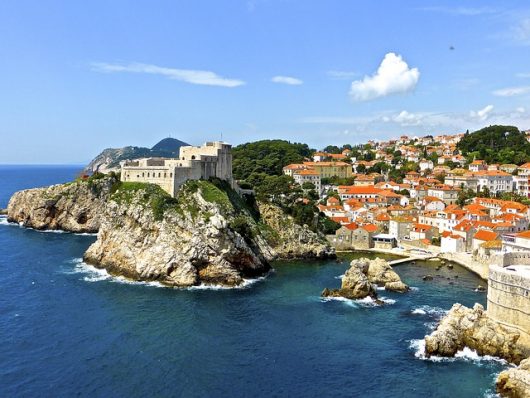 Croatia is one of the more economically unstable European Union countries, with 19.5% of its population falling below the poverty line. There are many regional disparities within Croatia, with some areas making efforts towards industrializing while others have done little to no effort. In order to improve the situation in the future, a question must be answered: why is Croatia so poor?

Many of the highest rates of poverty are found in small towns and settlements in the east and southeast regions of Croatia, along the country’s border with Bosnia and Herzegovina and Serbia. These areas were the most profoundly affected by the Homeland War of the 1990s and failed to recover afterward.

Croatian poverty is often attributed to the fallout after Croatia gained independence in 1991 and moved to a free-market system. During this transition, there was very little progress made towards the privatization of industries, and some faith was lost when the government appointed political favorites to influential positions.

Many groups that depended on the government, including pensioners and previously middle-class people, suffered greatly because of the changing economic system and the impact of the war. The U.N. Development Program’s 1999 Human Development Program reported that, in 1997, the average pension was less than half of the average salary.  On top of this, many pension payments were often months late. Currently, the pension system is becoming increasingly overburdened as the ratio of pensioners to workers increases.

To reduce its poverty rate and answer the question “why is Croatia poor?”, Croatia is taking part in the Europe 2020 Strategy.  This strategy was developed to lessen the number of people at risk of poverty or social exclusion by 2020. This goal will require the development and successful implementation of policies and programs that specifically target people who risk falling below the poverty line.

Croatia has also developed “The Strategy for Combating Poverty and Social Exclusion in the Republic of Croatia 2014-2020,” which seeks to identify population groups that are extremely vulnerable to poverty and social discrimination. These groups are usually made up of older people, single-parent families, lower educated individuals, disabled people, war veterans and victims of war and ethnic minorities such as Roma and Serbs.

By creating more social programs to support these groups and strengthening inter-European trade, Croatia can hopefully reduce its poverty rate and expand its economy.