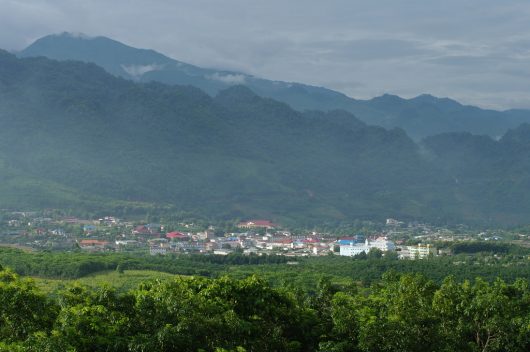 Myanmar (formerly Burma) was once considered an outcast from the international community due to the oppressive, military junta that held power from 1962 until the 21st Century. It was not until 2011 that the nation embarked on their multi-year journey towards political and economic reform. Slowly but surely, Myanmar has begun implementing reforms that work to dismantle its previous, exclusive regimes that were in power for nearly 50 years.

A big part of Myanmar’s quest for an inclusive, parliamentary democracy and creating a market-oriented economy has been dependent on United States aid. Not only does the U.S. have a commitment to helping Myanmar achieve its gradual liberalization, but there are also a variety of U.S. benefits from foreign aid to Myanmar. Myanmar has immense economic potential, given that they are resource-rich with access to large, growing markets. However, due to decades of systematic corruption, the vast majority of the population have not been receivers of economic prosperity.

One of USAID’s main focuses within its quest to provide foreign aid to Myanmar is the empowerment of small-scale farmers. With agriculture taking up 70 percent of employment, USAID has invested in both agriculture and food security to reduce hunger and poverty.

USAID hopes that these investments in broad-based agricultural growth will not only help Myanmar’s small-scale farmers improve their connection to end markets, but it will also help keep an agricultural epidemic at bay; an occurrence which in turn, helps keep the U.S. economy stable.

The U.S. benefits from foreign aid to Myanmar through this process, as when Myanmar’s agricultural production is healthy and efficient, the U.S. economy has the potential to thrive off purchases of agricultural equipment from U.S. manufacturers.

Currently, Myanmar’s agricultural industry depends on traditional manual labor, and it lack advanced technologies that can add value to their goods. This is why developing Myanmar’s agricultural business is important for the U.S., as when Myanmar is able to produce products like rice, which accounts for 60 percent of their production value, at much quicker speeds, the price has the potential to decrease for U.S buyers.

The Rohingya Muslim refugees are a marginalized group forced to seek refuge in camps after the 2012 Rakhine State riots. Their involuntary removable from the predominantly Buddhist nation was a necessary measure to escape the systematic violence and persecution in their home country of Myanmar.

This crisis has greatly jeopardized the U.S.-funded progress Myanmar made in its move away from harsh, military rule to its now democratic state.

However, the U.S. benefits from foreign aid to Myanmar in this situation because it help calms international waters. Additionally, the distributed humanitarian aid funds are going a long way in helping these refugees, as it’s supplying food and medicalcare along with sanitation and shelter to a group in desperate need of support.

U.S.-funded aid to Myanmar is a huge factor in helping this developing nation regain full control of its political, economic and social states. Myanmar has already begun to see beneficial provisions that have shifted its connotation as an isolated economy to an invested focal point.

There has also been a rise in freedom of speech — in 2015, the country held its first free general elections since 1990. While there is still a continued military influence and weak points in parliamentary politics, the political trajectory of Myanmar is not one set in stone.

Patience is a key factor in allowing Myanmar to carefully and effectively regain control of its politics; it has been a strenuous past sixty years, and peace is not going to come overnight. With the continued help of the United States, both nations are on a likely road of positive improvements.