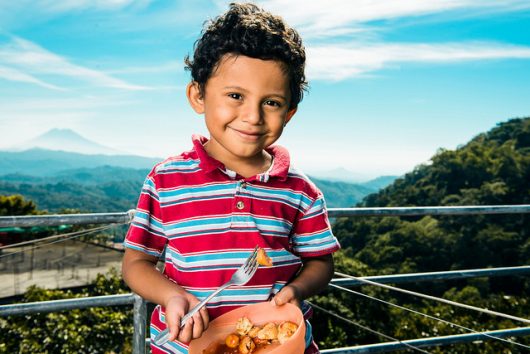 Located in Central America, El Salvador is considered one of the smallest and most densely populated countries in the region. Despite its small size, violence runs rampant throughout the country. El Salvador has one of the world’s highest homicide rates and is known for its criminal gangs.

The country also has high rates of extreme poverty, with some living on less than $1 per day in homes without running water or electricity. The high poverty rates coupled with food insecurity have left thousands of Salvadorans in need. Through humanitarian aid to El Salvador, many individuals have had their unique needs met.

Since 1980, Save the Children has worked throughout El Salvador to help children and their families with health, education, proper emergency response and violence prevention initiatives. Since 2000, child mortality has been reduced by nearly 50 percent as a result of the work of Save the Children coupled with the efforts of government agencies.

In 2016, Save the Children protected more than 26,000 children from harm, supported 133,000 children in serious times of crisis and provided 185,000 children with a healthy start. Save the children seeks to empower individuals by providing food security and a stable income. It provides lower income families that farm with the necessary seeds, livestock, tools and other temporary jobs. By doing so, children and families are more likely to grow and flourish.

Americares provides humanitarian aid to El Salvador through medical support. Its work began in the country in 1984. Since then, the organization provided emergency aid following a devastating earthquake in 1986, and has continued to meet the medical needs of the Salvadorans.

In 2003, Americares opened a family clinic. The clinic offers a low-cost alternative to other more expensive private practices. At this clinic, families have access to general medicine, pediatrics, gynecology and dentistry. Each year, the clinic serves more than 44,000 patients and acts as a model healthcare institution throughout the region.

Bikes for the World

A unique organization that operates in El Salvador is Bikes for the World. The organization has partnered with the local Salvadoran Center for Appropriate Technology (CESTA) to provide individuals with one of the most reliable and affordable methods of transportation: a bicycle. Since 2012, Bikes for the World has donated nearly 1,000 bicycles to be used by Salvadorans.

With the majority of the population living in San Salvador or nearby suburbs, the organization recognized the need for affordable transportation for individuals living in poverty. The organization not only donates bikes, but also provides job skill training.

Located in San Marcos, a suburb of the capital of El Salvador, CESTA has a bike workshop. Local Salvadoran employees recondition donated bikes, complete repairs, sell bikes and teach bike maintenance and mechanics to at-risk urban youth. The purpose of these actions is that if individuals learn the proper mechanics of a bicycle, they then can gain employment or establish bike shops in their communities. The goal is to not only provide individuals with a method of transportation, but to also encourage economic growth and development.

These organizations have provided effective humanitarian aid to El Salvador. By meeting the direct needs of people living in poverty, the livelihood of many has been improved. While the work of these organizations has been successful, El Salvador is still in deep need of additional humanitarian assistance, as many are still living in deep poverty.