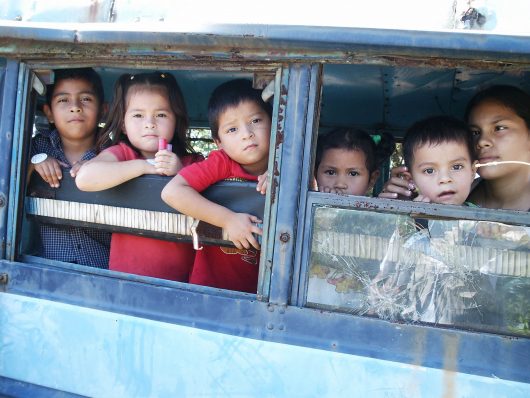 El Salvador is the most densely populated country in Central America. After a 12 year civil war and years of unstable leadership, poverty in El Salvador is a concern that greatly affects the over 6 million people living there.

Over 25 percent of children below the age of 5 experience extreme poverty in El Salvador and 36 percent of the rural population lives in poverty. Urbanization is a problem developing countries face as cities grow and become a hub for economic, medical and commercial activity. This causes problems for those in rural areas as they have less and less access to resources. Currently, 60.3 percent of citizens live in urban areas, which results in greater poverty for the remaining people outside of cities.

The people of El Salvador are also constantly at risk of facing greater challenges due to natural disasters. World Vision reports that the country “experiences frequent earthquakes and volcanic activity, making it known as the ‘land of volcanoes.” In December of 2013, the Chaparrastique volcano in eastern El Salvador erupted and caused the evacuation of 5,000 people.

Leaf rust has caused problems for the coffee industry in El Salvador, which is an important source of income for the country’s economy. Heavy rain and wind carry rust spores from plantations to other plantations miles away. Bloomberg reports that the 2015 coffee season projections fell from 920,000 to 613,333 60-kilogram bags.

90 percent of the population has access to safe water and 96 percent of children are enrolled in school, though this education may not be effective in preparing children for their future. The U.S. Agency for International Development reports, “Many children and adolescents living in El Salvador face enormous vulnerabilities associated with high rates of crime and gang violence including poor quality education.”

El Salvador has the highest homicide rate in the world for youth under 19, reports USAID. InSight Crime cites progress in El Salvador’s mission to reduce the number of violent deaths to a rate more in line with international statistics. In September of 2016, 13.3 percent fewer homicides occurred than the previous year. USAID launched programs whose focus is to stimulate and increase productivity in areas that are at risk, such as rural populations.

The national strategy entitled Plan El Salvador Seguro “addresses security and education opportunities in high crime municipalities.” The strategy involves programs such as Education for Children and Youth at Risk, as well as USAID Bridges to Employment to care for those who are not enrolled in education but need to provide for themselves and their families.

UNICEF Goodwill ambassador and former professional soccer player David Beckham’s new fund “7” launched a campaign in 2015 to end violence against children and poverty in El Salvador. This program is Beckham’s commitment to improving the lives of vulnerable children globally.