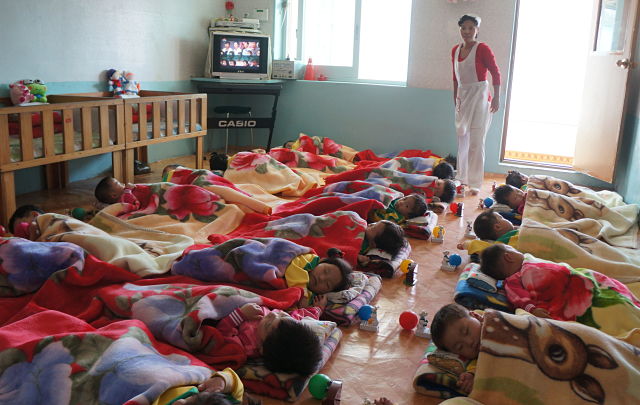 Ruling out of fear and paranoia produces extreme tension in a state. North Korea remains one of the most oppressive authoritarian states in the world. Ruled by the Kim family and the Worker’s Party of Korea for seven decades, Kim Jong-Un continues the path of oppression through development projects in North Korea under the appearance of betterment and growth.

Development projects in North Korea do offer economic growth, some at the direct expense of citizens. These projects seek to establish an economy that is developed and thriving in order to boost its ability to be a key state in international affairs.

Kim Jong-Un’s focus is not solely on military ventures but also on building orphanages, schools, ski resorts and building complexes. The project for building orphanages and schools was carried out in Wonsan. An additional 22 markets have been built and 60 renovated to grow the economy. In the five years Kim Jong-Un has ruled, the economy has increased by 1 percent to 5 percent per year.

Ten power plant projects have sprouted up to supply power to North Korea. China partnered with North Korea in order to complete two of the construction projects. Reforestation of land within North Korea shows signs of development to restore and recover timber for future logging. North Korea’s forests are used for timber exports and firewood for domestic energy. Reforestation allows for future economic growth in timber sales and exports.

These development projects in North Korea increase the pace of economic growth. However, the funding for such projects comes from bypassing sanctions set out by the U.N., manufacturers supplying funds for military expenses and North Korean workers forced to send wages home for economic projects.

Forced labor, arbitrary arrests, public executions and tightening borders to disallow people from seeking refuge in other countries are some of the harmful actions taken to fulfill development needs within North Korea. These development projects do not provide relief to the citizens but are fraught with corruption.

However, the U.N. Human Rights Council adopted a resolution to try and remedy the human rights abuses in North Korea. Through authorization, a group of independent experts was tasked to defend victims of human rights abuses. The council enacted the International Criminal Court as a mechanism to hold human right violators accountable.

North Korea is oppressive in its pursuit of economic growth, but with sanctions and accountability enacted by trade partners and organizations, the benefits from development projects in North Korea could possibly be more evenly dispersed among all citizens.