Tag Archive for: Poverty in Senegal 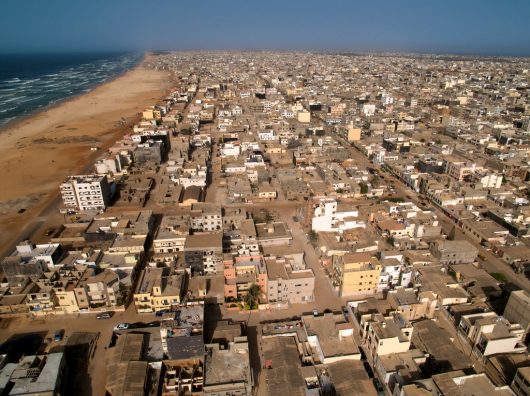 When reporting on countries like Senegal, major media outlets often reinforce negative stereotypes of the entire continent. This creates a problem in how the media misrepresents Senegal. Our rare interactions with stories from Africa tend to paint the entire continent with a single, wide brush as a cohesive unit rather than distinct countries.

Marisa Peters, a college student who recently traveled to Senegal, told The Borgen Project in an interview that how the media misrepresents Senegal can cause others to dismiss the country and look down on it as well. For many of us, our only exposure to Senegal is through this incomplete media coverage and do-good campaigns. This lack of balance and context leads to a one-sided perspective. Victims of poverty, hunger and disease stare back at us from haunting images and videos on our screens; big eyes and tiny limbs seem to plead for pity, desperate for help. We hear time and again about the violence, corruption and backwards-thinking that plagues the continent.

Many perceive Senegal as a nation of famine and starvation when, in reality, most Senegalese have plenty to eat. This speaks to how the media misrepresents Senegal as a poor and powerless country.

Poverty, while still a problem, is not an inevitable one in Senegal. They have actually made significant strides in the last decade toward reducing poverty rates. The government has been heavily investing in infrastructure, energy and agriculture which has led to strong economic growth – consistently between six and seven percent in the last several years. This solid fiscal foundation has helped turn Senegal into one of the economic hubs of Western Africa.

A ‘New’ Glimpse at Senegal

This growth has caused the poverty rate to fall by four to seven percent since 2011. In addition, Senegal has one of the largest safety net programs in Africa. However, this progress is rarely a part of the way Senegal is portrayed. Another example of Senegal’s underrepresented progress are the improvements in child health – a result of reducing malaria and malnutrition.

Because of various campaigns by organizations and outside governments, Senegal is misrepresented as a nation that struggles with AIDS. However, the Senegalese were actually able to quickly respond to the disease, and currently have a prevalence rate below 1 percent – a model of success for the continent.

Properly understanding the progress that Senegal has made — largely through government initiatives and investments — can also help dispel notions of corruption and instability that often accompany coverage of Senegal. In fact, Senegal has one of the most stable and democratic political institutions in Africa. Its history of civilian leaders and having only three major political transitions – all of which were peaceful – contradicts how the media misrepresents Senegal.

Another media focus point is Senegal’s perceived issue of violence. Petty crime can be a problem in Senegal, but the machine-gun-carrying warlords that enamor Hollywood are nowhere to be seen. Focusing on primitive aspects of Senegal also shows how the media misrepresents Senegal; Westerners often perceive of the Senegalese as backwards. They are stereotyped as practitioners of voodoo and witchcraft, despite Islam being the main religion.

Like many African nations, Senegal is also seen as being technologically limited; in reality, the technology gap in Senegal is being reduced by their innovative youth.

Another one of the numerous ways the media misrepresents Senegal is by omitting many unique aspects of Senegalese life and culture. The capital, Dakar, is a fascinating city that beautifully blends new trends and old traditions. Senegal is home to a vibrant music scene, rich history, delicious cuisine, bustling markets and striking landscapes.

The Senegalese themselves, contrary to what can be found in most news outlets, are known for their friendliness and hospitality. The warmth of their culture reflects that of the temperate weather — this hospitality is known locally as “Teranga.” Peters said that it encompasses the incredibly kind and welcoming nature of the many Senegalese she met. She particularly remembers their willingness to invest time and energy into one another; in Senegal, “time is people.”

Of course, it is necessary for the media and academics to continue to report on the poverty and problems that African countries such as Senegal face. This is the only way outsiders can make informed decisions and stay up to date. However, this coverage needs to be balanced, and context must be provided or else myths and stereotypes will continue to be perpetuated.

Western media has already made significant improvements in covering more positive aspects of Senegal as well as considering the progress they have made, but as always, more can be done.