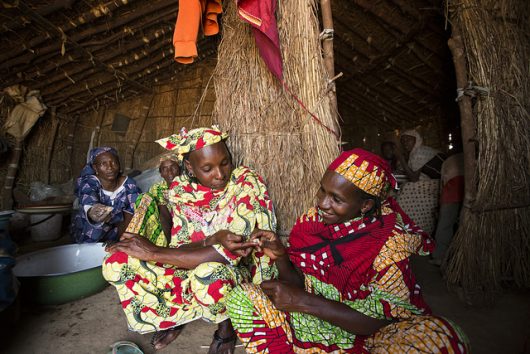 Cameroon is a country in Central Africa known for its cultural and geographic diversity. The United States and Cameroon established economic relations in 1960 and have shared a somewhat positive relationship since. U.S.-Cameroon relations have hit turbulence in recent years due to concerns over human rights violations and a lack of change to political and economic conditions.

Regardless of the speed of progress, both countries share a desire to reduce threats to the region, improve the living conditions of the people and promote economic conditions. This work means that there are many ways the U.S. benefits from foreign aid to Cameroon.

Despite Cameroon’s economic growth, health standards have not seen the expected growth rates that generally rise with economic conditions. Life expectancy, child mortality and maternal mortality are below the regional average. The rate of HIV/AIDS infection in Cameroon is roughly 4.3 percent, which is among the highest in Western and Central Africa. Of the people that live in Cameroon, close to 40 percent live below the poverty line.

In order to combat this problem, the U.S. Agency for International Development provides a multitude of programs benefitting Cameroon, managed mainly through its regional office in Ghana. As well as USAID, the Centers for Disease Control and Prevention provides U.S. aid to Cameroon in order to prevent and fight the spread of HIV/AIDS. The U.S. State Department, in conjunction with USAID, also provide funds for refugees, civic engagement in elections, democratization, counter-extremism and education.

USAID also supports the promotion of human rights and the democratization process through the Cameroon Peace Promotion Project which utilizes radio programming to increase awareness of violence in the region and increase community unity towards a safer Cameroon. The program supports local moderate voices promoting tolerance and opportunities for dialogue on the events happening in Cameroon.

In order to support humanitarian intervention in the conflicts of Cameroon, the U.S. funnels aid to Cameroon through the Office of Foreign Disaster Assistance and the Food for Peace Program. This office, as well as this program, assist those harmed or displaced by regional conflicts. This U.S. aid to Cameroon goes to help feed those affected by malnutrition, provide healthcare to those in need and provide cash for work opportunities which help put food on the table and train local citizens better practices.

As well as providing material assistance, these programs provide safe spaces for women and children affected by violence and knowledge on how to resist and mitigate future violence in the region. These efforts are also attempting to promote more independence in the region and provide knowledge to citizens in order to increase self-sufficiency.

The U.S. benefits from foreign aid to Cameroon by promoting health standards in Cameroon which in turn prevents the spread of disease to the U.S. The United States, as the leading investor in the region, also supports the development of trade with Cameroon for good and services.

Cameroon exports goods such as petroleum, rubber, timber and coffee to the United States, while Cameroon imports goods such as machinery, aircraft, vehicles and plastics from the United States. The open trade made possible by U.S. foreign aid dollars facilitates a mutually beneficial relationship and allows for Cameroon to develop products to trade not only with the U.S. but with many other countries around the world as well.

In conclusion, Cameroon is a region in which economic development has not been as successful in efforts to end poverty. With the help of the United States Agency for International Development and programs such as Food for Peace, Cameroon is on track to begin down the road to poverty eradication. The people of Cameroon are gaining the skills and materials needed to become a more self-sufficient and democratic country, and the U.S. benefits from foreign aid to Cameroon as well.