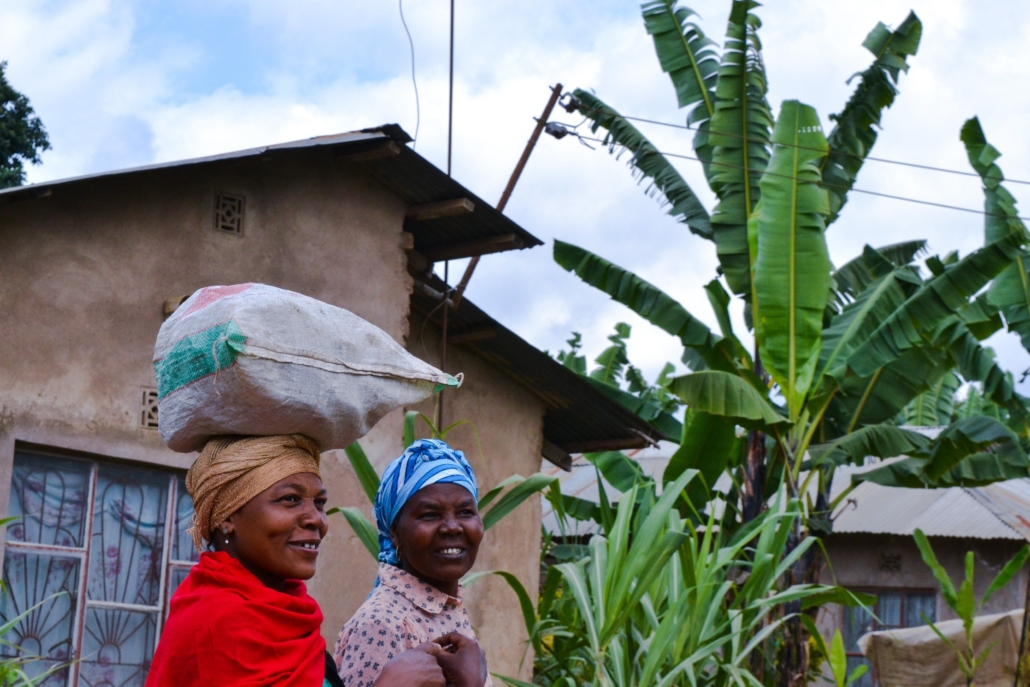 Cameroon is a country in Central Africa located right below the Sahara Desert. With a population close to 24 million, estimates show that 48 percent of the population lives below the poverty line. The majority of those who live in poverty reside in northern, rural regions. Although Cameroon has experienced growth in GDP since 2018, it is the largest economy in the Central African Economic and Monetary Community (CEMAC), a region that has suffered in Africa due to the fall of oil prices. Cameroon aims to become an emerging country by 2035, which means the real GDP will have to grow by 8 percent. In order to reach this goal, credit access is an advancement that must be focused on. Seeking a solution for credit access in Cameroon is a crucial task for its government.

Unfortunately, in 2017, only 10 percent of Cameroon’s population reported that they have a bank account.

Agriculture and the Economy

It’s clear that financial services and education are not reaching a large portion of Cameroon’s population. Often described as a miniature Africa, Cameroon exhibits all the climates of the continent, with a large chain of mountains separating the arid and green regions. This terrain presents a challenge in acclimating the population to new advancements such as mobile banking and loan access.

Cameroon’s economy is rooted in agriculture, something found mostly in rural regions where access to credit is poor. Because of the country’s rich landscape and natural resources, 70 percent of the population’s labor force is in Cameroon farms. However, 23 percent of farmer households rely on subsistence farming, which means they are working to feed themselves and their family. This is an alternative to both consuming and selling the produce.

While subsistence farming can provide a family with a self-sufficient method towards survival, its success is dependent on a non-hazardous climate and funding. Specifically, this is access to expensive chemical fertilizers. Subsistence farming also doesn’t help improve the economy’s investment sector when many people are farming to live instead of making money to save. Most farmers sell their products at the marketplace, where physical cash is exchanged for goods. Out of the 90 percent who do not own a bank account, the majority reported that they had no money to save or made no regular income.

There are currently around 840 or so accredited microfinance institutions in Cameroon. The country’s loan performance has worsened due to the number of uninformed loans given to consumers. In 2018, the Risk Prevention Bureau for Microfinance (CREMF) was established as a system that helps these institutions track and disseminate the correct data on all their customers. This makes it somewhat easier for them to recover borrowed money. However, the challenge is still present: the majority of these microfinance institutions are in rural areas with low internet connectivity. This makes it difficult to continue giving out loans to those who need them.

While there are 6.8 million subscribers, there are only 1.5 million active users of mobile money services. The biggest challenge is implementing a cashless culture in a country that is reliant on a cash-based agricultural market.

In order to establish an equal financial climate, the government of Cameroon and the World Bank Group renewed its strategy. This 2017-2021 project focuses on three main areas:

The main objectives of this framework are increased market productivity in the agricultural sectors, improved health and improved access to credit in Cameroon.

Another solution to help foster jobs in Cameroon is the Agriculture Investment and Market Development Project (AIMD). Participants of this project are working to pave a bridge between agriculture and agribusiness. For example, this includes:

These advancements have helped to boost the financial sector and improve credit access in Cameroon. As a result, the livelihood of the country’s poor has improved. With consistent improvement, it’s possible that Cameroon’s economy can emerge into one that is economically stable, with more equally-distributed prosperity among regions.