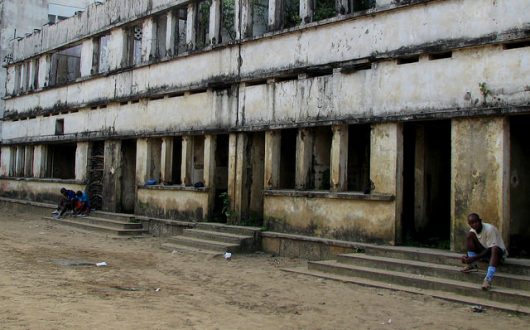 As poverty rates across the globe continue to fall, urban centers continue to grow and people increasingly have access to education, Cameroon seems to be slipping in the wrong direction. Rural poverty, inadequate infrastructure and a struggling school system continue to hinder the lives of people across Cameroon, contributing to a rising poverty rate in the last 10 years.

Cameroon is a country of more than 23 million people. Out of the entire population, 24 percent of people live in poverty, and 55 percent of those in poverty live in rural communities.

Two causes of poverty in Cameroon and reasons for the gap between rural and urban poverty are a lack of infrastructure and an education system that fails to develop alongside shifting labor needs.

As the IMF noted in a 2014 survey, “the country’s infrastructure indicators trail those of regional peers. In spite of a slight improvement in the overall quality of infrastructure in 2013, indicators are low by sub-Saharan African standards, especially for roads, air transportation and electricity.”

This lack of infrastructure, which limits transportation, cuts off  those who live in rural areas. Rural citizens do not have access to fundamental resources and are marooned from diversified labor opportunities.

Furthermore, the education system has failed to develop alongside market demands. As the World Bank found, “the country’s tertiary education continues to focus on traditional academic disciplines and is not positioned to respond to economic transformation.”

This double-edged sword hits residents in the countryside. They have higher odds of living in poverty because of struggling infrastructure and inadequate educational opportunities. The country must address these issues to combat the causes of poverty and increasing poverty rates.

Indeed, steps are being taken. People are across the country are calling for performance-based financing for educational institutions to drive up competitiveness and quality of studies. Also, many organizations, including Heifer International, an organization that works to end global hunger and poverty, are working to increase jobs in rural areas. Regarding infrastructure, Cameroon recently launched a 10-year development plan focused on massive public investment in infrastructure, including roads.

By understanding the roles of infrastructure and education in the causes of poverty in Cameroon, the country may be able to improve living conditions for its impoverished people.