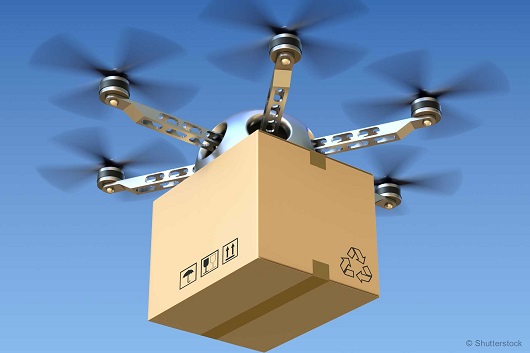 Drones, or unmanned aircraft, can be controlled by remote or autonomously. They can be used for a variety of things including surveillance, leisure and weaponry. Now, the potential has been unlocked for drones to help the field of healthcare.

Timothy Amukele, a pathologist at Johns Hopkins, is one of the people exploring this possibility. Recognizing that access in many third world countries is inadequate and expensive, he thought, why not drones?

“If we now have a cheaper way to move samples, it’s a good thing, especially for patients who are hard to reach, whether they live in rural areas or places without good roads,” Amukele said.

In order to stabilize health throughout Africa, access to medicine is necessary. One of the main reasons medicine becomes undeliverable is poor road conditions.

According to the Africa Development Bank, in 2010 only 34 percent of rural Africa had adequate road access. That small percentage is further crippled by the fact that those roads are poor quality and the government was unwilling to grant money for their repair.

Right now, helicopters or motorcycles are the best means of transportation throughout rural Africa. While motorcycles are cheaper to operate, they also have their disadvantages.

Motorcycles are smaller, eliminating the possibility for large amounts of cargo to be transported. Helicopters, on the other hand, make more sense because they are larger and avoid roads altogether. However, the operational costs are excessive.

Drones, potentially, are a solution to that logistical issue. The unmanned aircraft do not need to deal with traveling across haphazard roads. They are also significantly less expensive to operate, as they do not require fuel.

Drones can also help alleviate the number of patients a physician has to help for non-threatening medical issues. According to the World Bank, Bhutan only has one physician for every 3,333 people.

Having the ability to send drones to deliver medicine would cut down on the number of patients a physician would have to see. This would free up time for doctors to be able to attend to patients in desperate need of care.

Even though the idea of drones providing healthcare services is new, there are many positive attributes. Still, more must be achieved and learned to allow for this conception to become a reality.