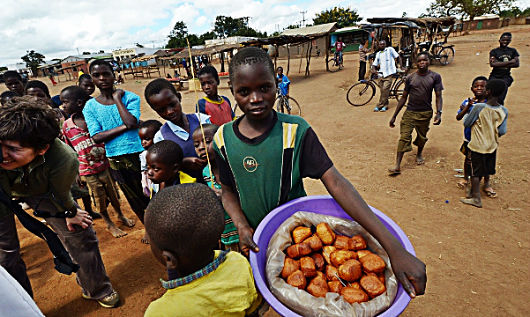 “Third World country” is a phrase used all the time in discussions of impoverished/under-developed nations, but what does this designation actually mean? Many of those who reference a supposed third world country have no conception of the origin of the phrase and unknowingly use it incorrectly.

The term was first coined during the Cold War era and referred to the nations that were aligned with neither the U.S. nor the U.S.S.R. Most often, these were the developing nations of Africa, Asia and South America.

The “First World” was made up of the democratic-industrial nations within the sphere of American influence. These countries were capitalist and came out of World War II with similar political and economic interests; examples include Japan, Australia and the countries of Western Europe.

The “Second World” was the Eastern bloc of communist-socialist, industrial states in the territory of the U.S.S.R. Today this descriptor would apply to Russia, Eastern Europe (i.e. Poland), some of the Turk states and China.

The three-quarters of the global population that was left over became known as the “Third World.” The countries are not a very cohesive group, including capitalist and communist economies like Venezuela and North Korea, as well as rich and poor countries like Saudi Arabia and Mali.

History of the Third World Country

The exact origin of the terminology “third world” is unclear. In 1952, a French demographer named Alfred Sauvy wrote an article in a French magazine, L’Observateur, that ended by comparing the Third World with the Third Estate of pre-revolutionary France. Sauvy may have been the first to use the phrase, remarking “this ignored Third World, exploited, scorned like the Third Estate.”

The modern descriptor has moved away from its original definition. Today, various indicators, which are have nothing to do with Cold War alliances, are used to classify “Third World” countries. These include political rights and civil liberties, Gross National Income (GNI), Human Development (HDI), as well as the freedom of information within a country. The concept of the “third world” has evolved to describe countries that suffer from high infant mortality, low economic development, high levels of poverty and little to no ability to utilize natural resources.

“Third World” nations tend to have economies dependent on the economic prosperity of the developed countries and, as a result, tend to have a large foreign debt. A common factor is the lack of a middle class — “third world” income distribution is made up of impoverished millions and a very small elite upper class controlling the country’s wealth and resources. Because their economies are lacking, these countries generally cannot support their high levels of population growth. The nations of the “Third World” often have unstable governments and are pervaded by illiteracy and disease.

Although useful as a descriptor for a select group of countries, many exceptions make the geopolitical term seem hugely outdated. For example, Saudi Arabia, as previously noted, is technically a “Third World” country, but it obviously does not meet the qualifications mentioned above. The three worlds additionally do not take into account the emerging economies of countries like Brazil and India. The phrase has expanded to describe sections of affluent countries that are impoverished compared to richer areas but maybe not so destitute with regard to levels of global poverty.

The world of the 21st century is much more complex than it was during the Cold War period; First World countries have third world qualities and vice versa. Calling countries developing nations versus non-developing nations might be a better option, but it is unclear what the exact distinction here is either. Very real modern global problems are not well-served by wishy-washy generalizations.