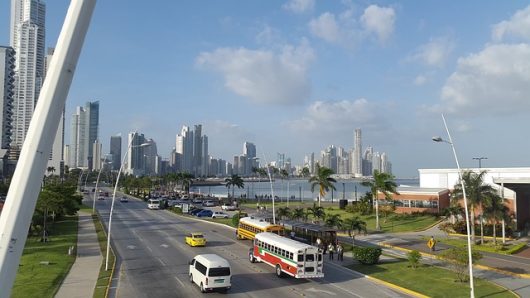 To understand poverty in Panama, the economic dichotomy between the country’s urban and rural regions must be brought to attention. Many residents of Panama’s larger cities currently experience the monetary benefits of one of the world’s fastest-growing economies. This is largely due to international trade being introduced through the newly expanded Panama Canal. However, many Panamanians living away from these cities experience a vastly different economic reality. Poor infrastructure and little opportunity for agricultural growth constitute the primary reasons for the causes of poverty in Panama.

The country’s poor infrastructure is one of its main causes of poverty. Per a New York University report, roads “remain poor in rural parts of the country.” The report goes on to state that, “in total, only about 34 percent of the roads are paved”.

Roads that are unpaved and dangerous to use make it difficult for rural farmers to transport their goods to market. In turn, this means that many of these families have a much more difficult time selling goods and services to a broader market than people who have access to proper infrastructure. This has led to a crisis in Panamanian agricultural output, which is now a little over two percent of the country’s GDP, a low number for a country that has heavily relied on this form of trade in the past. This is one of the causes of poverty in Panama and is found mainly in the country’s rural areas in which agriculture is the primary source of livelihood.

Drought is another one of the main causes of poverty in Panama. Much of the time, growing food in rural Panama is a matter of life or death and a necessity to feed one’s family. Rural Panamanians not only sell agricultural goods, they often sustain themselves from what they grow. This is a practice called subsistence farming — feeding oneself entirely from the food one produces personally. Unfortunately, much of Central America has been experiencing a drought since 2014, leading to a decrease in food production.

“The lack of rain since the middle of 2014 has resulted in the loss of staple grain crops and death of thousands of cattle in El Salvador, Guatemala, Honduras and, to a lesser extent, in areas of Nicaragua, Costa Rica and Panama,” states a report by the U.N.‘s Office for the Coordination of Humanitarian Affairs.

The World Bank has cited that a proper educational system installed in rural Panama could diminish much of its poverty. The World Bank report states that families led by a member who has received some level of education are less likely to be poor than families that are not. Educational systems brought to rural Panama have the potential to increase social mobility for the uneducated. Perhaps programs such as this could not only decrease the financial gap between urban and rural Panama but also reduce poverty in Panama in general.

Human Rights in VanuatuBRICS Summit 2017: Another Step to Poverty Alleviation
Scroll to top