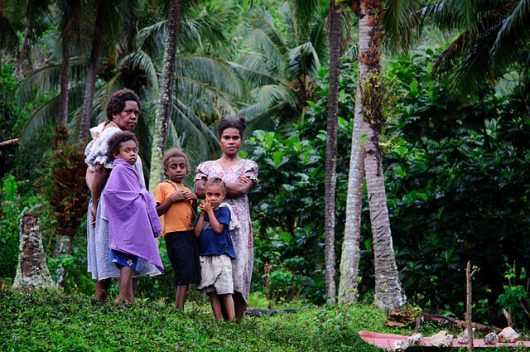 Vanuatu is a group of islands in the South Pacific Ocean slightly larger than Connecticut and home to fewer than 300,000 people. The nation gained its independence from France and the United Kingdom in the summer of 1980. Despite the several decades of independence, one can still see the strong influence that these European nations have on Vanuatu to this day. For instance, aspects of English common law and French law are heavily incorporated into Vanuatu’s own legal system. The protection of human rights in Vanuatu is sadly lacking in several areas, such as the protection of women against violence and discrimination, prison conditions and governmental corruption.

One of the many struggles that women are currently facing in Vanuatu is an inability to even get their voices heard. The nation has a 52-member parliament but no female representation. Violence against women is a frequent occurrence in Vanuatu. The U.S. State Department 2015 Report on human rights in Vanuatu states that while reliable statistics on this topic are nowhere to be found, police have noticed a growing trend of violence against women. In order for this to change, parts of Vanuatu’s culture will likely need to change. Women in Vanuatu often do not report incidents of violence either due to a lack of knowledge regarding their own rights or fear of possible backlash for their actions.

Corruption is another problem in Vanuatu. Generally, corruption can be quelled by making and effectively implementing laws prohibiting it, but Vanuatu is currently unable to implement the law. As a result, those who are corrupt are seldom held accountable. Transparency International is an organization that, according to its website, works “closely with governments, businesses and citizens to stop the abuse of power, bribery and secret deals.” The organization believes that the Vanuatu government must start and finance a national anti-corruption agency to combat this practice.

The human rights of prisoners in Vanuatu are not being sufficiently protected either. Thankfully, foreign donor funding has allowed for prisoner and detention center conditions in the region to improve, but they still have not met international standards.

Vanuatu clearly has much work to do to improve the protection of its people’s human rights.  A step in the right direction did occur in this past summer as Vanuatu participated in a Pacific Islands Forum review of the nation’s policies and programmes.  A goal of this initiative is to create a toolkit or checklist that the government can use moving forward to help it improve its protection of its people’s human rights. This review is just now coming to an end, so its impact remains to be seen.