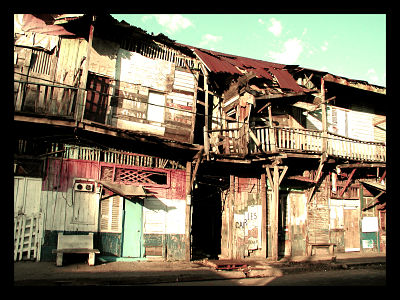 To understand poverty in Panama, is to understand geography. Citizens in urban Panama are granted numerous economic opportunities. These opportunities keep jobs being generated and help provide incomes to support communities. With all of these positives coming out of urban Panama, why then is the country so poor? The answer lies in the areas less populated.

Over a quarter of Panama’s more than three and a half million population lives in poverty. The numbers show this poverty in concentrated in rural areas. Nearly half of those living in rural areas suffer from poverty, with a quarter of those people experiencing extreme poverty. For the indigenous people of Panama, the numbers are even worse. Of the indigenous natives in the country, eighty percent live below the poverty line and over half are extremely poor.

Such an extreme difference between poverty in the rural and urban areas can be explained through the geography of Panama. Those living in remote areas aren’t granted the economic opportunities that the cities have to offer. There are less people and therefore fewer jobs. The inability for farmers to sell their products to a broad array of consumers makes agriculture a less stable sector of the economy. Many of the indigenous areas lack roads, so travel to and from these areas is limited. With such a narrow access to the outside world, these citizens are forced to live off of what the land provides. Panama is known to have poor agriculture and cultivation, making it hard for rural citizens to make a living.

Inequality in Panama is astonishing. It ranks as one of the most unequal countries in the world, along with Brazil and South Africa. Panama has a strong urban health care system, but poor health practices are common in the rural areas.

Many citizens in Panama aren’t given the opportunities they deserve simply based off of where they live. Excluding rural citizens from the country’s workforce will keep Panama’s poverty rates consistently high for a long time to come.