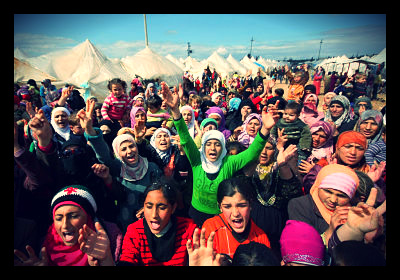 Syrians have recently become the highest population of refugees on the planet at nearly 2.4 million people strong. The UN has, in fact, labeled the Syrian refugee crisis as “the greatest humanitarian crisis in modern history.” However, media throughout the world is strangely quiet about their monumental struggle.

In nearly every host country that Syrian refugees have been forced to flee into, they have been met with indifference, hatred or open hostility. Many have even chosen to go back to their Syrian homeland despite the overwhelming violence, deciding it best, if die they must, to die in their homeland. The international community has also been negligent to their needs while the aid that is being given lags far behind what the dire situation calls for.

This is only part of their plight, so why is there such silence in the media considering the scale of the issue? A simple reason may be reflective of the refugees’ inability to articulate for themselves; according to Nancy Baron, a UN psychologist who provides mental health to Syrian refugees in Egypt, “the Syrians don’t have a voice.”

Rattled by warfare and hostility in a foreign land, Syrian refugees are doing their best simply to stay alive. Most find it hard to talk about what they have been through, and even if they did want to talk, few (if any) are willing to listen. The international community seems to still be trying to figure out exactly what is going on in Syria. Most are eager for the peace talks scheduled for January 22 to begin both as a respite from the civil warfare as well as for a chance to hear both sides of the story and garner a better picture of the situation.

Furthermore, a great deal of the problem with attaining media coverage involves the lack of proper reportage. This dearth is caused by several issues, not least of which is the difficulty of finding a ‘fixer,’ a person who can provide interviewees, translations and safe passages to areas of interest. Due to this scarcity, many media outlets are forced to use the same fixers, and therefore have less to report, leading to empty and sometimes sensationalized news stories.

Moreover, if international media continues to be reticent in interceding on behalf of the Syrians, media outlets within host countries may become anxious to condemn the new Syrian presence. In Egypt, for example, TV presenters affiliated with the Muslim Brotherhood have accused Syrians of undermining their country’s well-being and have threatened violence upon the refugees.

Compelling stories have helped the United States and other countries rally on behalf of refugees in the past. There are stories waiting to be told, stories that need to be told. Hopefully, for the sake of millions of innocent lives, they will be.

Khartoum has faced many challenges since the early 1800s and, as a result of rapid urbanization since the 1970s, has thousands of migrant families living in poverty. The influx of these displaced families, who occupy the greater Khartoum region, was so sudden that the government never developed a physical planning model. With a growing population and insufficient resources, the city now has various areas of extreme poverty.

The people of Khartoum face several obstacles including lack of food, water, education and health centers. There are no jobs available and the dwindling unemployment rate maintains this state of poverty. In fact, after the civil war with the South, Khartoum’s post-conflict condition never reached a point of stability. Instead, environmental factors in neighboring cities such as heavy droughts, forced several families to move from rural to urban areas. Currently, there are about two million displaced people living in Khartoum, approximately 28% of its total population.

The lack of job availability and trained individuals has led the Governor of Khartoum to demand skills training for the youth. Several organizations such as the United Nations Industrial Development Organization (UNIDO) and the European Commission are working to create projects that will allow young individuals to acquire vocational training. Furthermore, though most of the current vocational training centers are run down, these organizations will offer funding for renovating existing centers. These centers will enable young men and women to acquire training in some of the following disciplines:

By giving so many individuals the opportunity to learn skills, the mindset of the entire community will shift gears since more and more people become employable. This training will foster an entrepreneurial mindset that will surely spur more businesses and bring innovation to a city lacking hope.

Overfull and varying widely in accommodation, Syrian refugee camps have become an international crisis. The United Nations has made the largest humanitarian appeal for aid ever at $5 billion to relieve the situation but has received less than $2 billion to date. Some 2.2 million refugees are currently scattered across Lebanon, Jordan, Turkey, Iraq and Egypt while more Syrians are fleeing war at an alarming pace. Estimates say more than 3 million refugees will be in those areas by January.

Such numbers are startling given the Syrian population before the onset of war was only  22.5 million. Lebanon, for example, has no official camps despite having more than a million refugees in its borders and does not allow the building of permanent refugee structures. Those who can afford it rent apartments or rooms in the cities at an exorbitant rate while others share the homes of sympathetic civilians or even inhabit abandoned buildings in depressed areas. In the northeast region, an average of 17 people per household are packed together according to a study conducted by Doctors Without Borders last year.

Water, food and healthcare are rationed out slowly and insufficiently, with less to go around as numbers rise. Employment for refugees was around 20% last year in Lebanon, and the economies of Iraq, Turkey and Jordan are in little better position to provide opportunities for such a rapid influx of labor.

Dependency on humanitarian aid is heightened and the desperation of the situation has many refugees working for extremely low wages in poor conditions and engaging in child labor. Economic and physical insecurity in Jordan’s Zataari camp has led parents to arrange hurried marriages for their teenage daughters as young as 14. Matchmakers recruit young girls for Saudi husbands but often end up as prostitutes or victims of “pleasure marriages” where the suitor divorces them after consummation.

Though some of Syria’s displaced persons find bourgeois  housing in Cairo or end up in one of Turkey’s refugee camps that consist of metal trailers with access to satellite T.V. and air conditioning, most see basic necessities and sanitation as luxuries. The Domiz camp in Iraq is made up primarily of tents and has 45,000 residents despite being designed for just 30,000. In just two weeks between August and September, more than 1,500 people were treated for upper respiratory infections there by the World Health Organization (WHO).

Security is also an issue in these camps with reports of rape, theft, kidnapping and murder being common. In the Zataari camp, Jordan security forces restrict entry but lack the manpower to adequately police the camp’s 120,000 residents. Other camps in Iraqi Kurdistan and Turkey reportedly funnel arms and recruits back into Syria. In Lebanon, crime has increased by 30% and increased tensions between Hezbollah and Sunni refugees may be behind the recent bombing of the Iranian embassy in Beirut.

Syria’s bordering nations are gradually increasing restrictions for entering refugees. Lebanon and Turkey are both planning to relocate some people to camps they wish to build within Syria’s insecure borders. Only about 25% of Syria’s refugees are actually in camps now, the rest are trying to survive by their own means. There are also an additional 3.8 million who are internally displaced.

Despite their faults, the refugee camps provide essential support and the need for more camps is evident, but where they can be built and how they will be funded is not so clear. 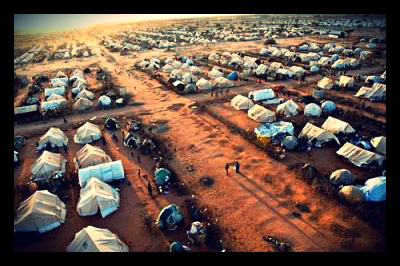 Kenya in recent decades has become a place of refuge for people from all countries in Africa. Nonetheless, this past week, Asman Kamama, the Chairman of the Kenyan Administration and National Security Committee, stated that Kenya would attempt to close all its refugee camps within the next two years. This goal, however, depends upon the stability and improvements made within the countries where the refugees are coming from, particularly Somalia. Of Kenya’s 592, 219 refugees, 476,635 (80%) of these refugees are Somalis.

Groups from Ethiopia, Sudan, Congo, Rwanda, Eritrea, Burundi, South Sudan and Uganda also compromise the population of Kenyan refugee camps. As a result of the mass amount of refugees, the populations in refugee camps have swollen and strained the resources available. For example, Dadaab refugee camp, located in Kenya, is ranked the largest refugee camp in the world.

However, the United Nations has denied that an effort has been made to close the Somali refugee camps in Kenya. Kitty McKinsey, a spokeswoman for the U.N. Refugee Agency, stated that the United Nations does not believe “that there is any order for the refugee camps in Kenya to be closed.” McKinsey added, “The Kenyan government and the Kenyan people have been very generous to the refugees over the years, and we certainly have every reason to expect that will continue to be the case.”

The fate of refugees in Kenya is yet to be seen. If Kenya does close the refugee camps, Kamama explained that the return of these refugees will be peaceful and smooth.