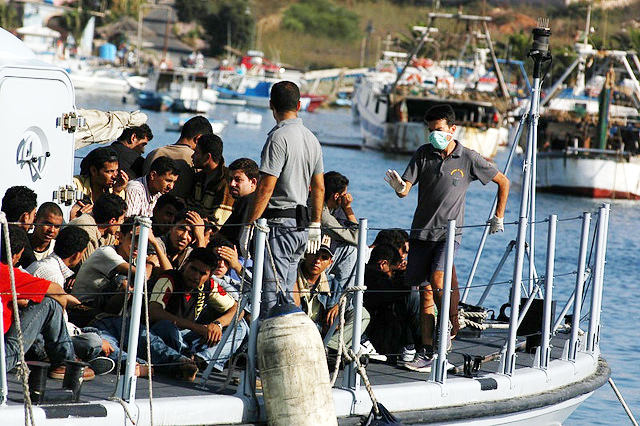 The migrant crisis in Italy is prevalent; Italy receives more asylum seekers per year than any other European country. Since 2017, over 192,000 individuals have sought refuge in Italy by crossing the Mediterranean in informal vessels and ships organized and manned by non-governmental organizations. Many migrants who make the perilous journey from the coast of North Africa to Italy land at the small island of Lampedusa, the southernmost area of Italian territory, located just 70 miles from the coast of Tunisia.

At the peak of the crisis, hundreds of thousands of Syrians, Afghanis and Libyans crossed into Europe to seek asylum. However, Italy’s strategic location near the coasts of Tunisia and Libya led to a continuous increase in attempted landings. These two locations are common debarkation points for Middle Eastern and North African migrants. According to Reuters, from August 2019 to July 2020, over 21,000 individuals successfully reached Italy’s southern shores. These figures represent an increase of 148% from the previous year.

Additionally, E.U. regulations regarding the resettlement of asylum seekers place high financial and administrative burdens on Italy. The 1990 Dublin Regulation is a law for E.U. member states which forces migrants coming to the European Union to make their application for asylum in the first country where they arrived. This legislation disproportionately affected the Italian government in comparison with its northern European neighbors.

Migrants and the 2018 Elections

The E.U.’s perceived ambivalence towards Italy’s economic burden and the peak of the European migrant crisis in 2017 created tension. These factors created a perfect storm for the victory of right-wing political leader Matteo Salvini and his Lega party. Salvini’s message on the campaign trail, that of blocking migrant arrivals in Italy and a renegotiation of ties to the European government in Brussels, struck a tone with many dissatisfied Italian voters in the north of the country where anti-immigrant sentiments remain common.

As minister of the interior, Salvini fulfilled his electoral promise, continuing his hardline position regarding the migrant crisis in Italy. During his tenure, the Lega leader utilized Italy’s military vessels to prevent ships carrying migrants from docking in the country’s ports and cut off funding for social programs that provide vital assistance and resources for newly arrived asylum seekers.

The Lega-led government collapsed in 2019. The liberal government that succeeded it altered the dynamics of the Italian government’s role in the migrant crisis. Salvini heavily criticized the E.U. government for its laissez-faire approach to Italy’s economic and organizational woes during the migrant crisis. In contrast, the current Italian government is much more open to collaboration with Brussels. An agreement reached at the end of 2019 between Italy, Germany and France allowed for the relocation of migrants rescued at sea throughout the E.U., thus moving away from the controversial Dublin Regulation.

Even under the new liberal government in Rome, deportations of recently arrived migrants have continued into the present. However, the current national policy regarding asylum seekers differs from the issue’s handling under Salvini; instead of directly blocking migrant vessels and NGOs from docking in Italian ports, the government is directly lobbying with Tunisia to incentivize the North African country to control illegal migration from its borders by threatening cuts to development aid.

The economic and social catastrophe of the coronavirus pandemic accelerated the new Tunisian policy and continued deportations. The country faced an administrative breakdown during the spring and found a need to centralize government resources towards the virus. These factors led to the closure of numerous refugee facilities in southern Italy. Furthermore, the new liberal government had, for the first time, deployed military ships to stop migrants from Tunisia in order to maintain Italy’s national quarantine.

Although the country has policies in place to ensure all incoming asylum seekers are quarantined before entry, the fear of new cases being brought into the country as well as additional stress on an already damaged economy may lead to increased support for Salvini’s policies in the future.

One important organization lobbying for the rights of migrants seeking refuge in Italy and the E.U. is the International Rescue Committee (IRC). The IRC primarily assists in the safe movement of asylum seekers. It organizes funding for secure ships and professional sailors to transport migrants across the Mediterranean. Furthermore, the IRC was instrumental in the development of Refugee.Info. This online site serves as an informational tool on how to apply for asylum. It also details statistics regarding the issue of migrants in Italy. Lastly, the IRC provides mental and physical health services for newly arrived migrants in the collection facilities in southern Italy. Though COVID-19 has posed many challenges to the migrant crisis in Italy, there are organizations making a difference.