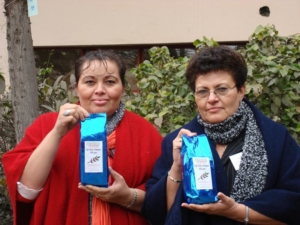 In Costa Rica, there is hard evidence to support the “feminization of poverty” in which more women and women-led households are experiencing higher rates of poverty. Between 2010 and 2016, gender inequality increased mainly through the increasing rates of income inequality. In addition, the inaccessibility of health rights for low-income women contributes to lower levels of education, delayed or restricted incorporation into the workforce and increased health risks resulting in economic repercussions that perpetuate a cycle of poverty. Therefore, reducing the gender inequality index and providing more resources to empower and fight for women’s rights in Costa Rica is paramount.

The gender divide continues to persist in Costa Rica and maintains a large influence in many areas, including the workforce. Only 50% of women participate in the workforce as opposed to 72% of men. Women also receive about 12% less in salary, increasing this gap more since 2013. Gender roles and stereotypes translate to career development with men making up 70% of science and engineering programs in Costa Rican universities and women entering more traditionally female positions with less economic and social standing. U.N. Women has reported that the unemployment rate for women in the nation is 15%, compared to 9.1% for men. This report also provides the nation’s overarching legal frameworks that “promote, enforce and monitor gender equality” with the level of achievement ratings, with public life and employment and economic benefits receiving low scores of 70 and 60 respectively.

However, the government made significant progress in the past couple of weeks by passing legislation that will work to close the gender divide and protect women’s rights in Costa Rica. The Comprehensive reparation bill for survivors of femicide, which received approval on April 28, 2022, will provide support to the families of femicide victims. Since 2007, 400 women have died of femicide with 51 cases still pending investigation. This bill will provide a comprehensive reparation fund for the families of victims, supporting them through the psychological, social and economic effects of this crime.

In addition, the government enacted the Law to Prevent, Address, Punish and Eradicate Violence against Women in Politics on May 3, 2022. This law protects the political rights of women and considers such actions as the prevention of a woman exercising the responsibilities of their position, restriction of workplace reincorporation following pregnancy, undermining their public image and disclosing their private information. As the National Women’s Institute of Costa Rica (INAMU) stated, the law also “considers discriminatory actions that affect the right to life, personal integrity and property rights to prevent the free exercise of political rights, as well as harassment, physical, psychological or sexual violence.” Consequences for members of politics that engage in this behavior range from ethical reprimands to the withdrawal of credentials.

Both the National Women’s Institute of Costa Rica (INAMU) and the Vital Voices nonprofit organization make up a large presence fighting for women’s rights in Costa Rica. INAMU is a governing institution that supports the expansion of women’s rights in coordination with the Costa Rican government by reinforcing the national effort toward the cause and providing comprehensive information training and resource access.

Vital Voices advocates for women’s rights in Costa Rica through its investment in women leaders that support the fight for change. Through its multifaceted approach, it addresses multiple issues in the nation including climate justice and political and policy advocacy. One of its many tenets includes the economic empowerment of women leaders by financially supporting their businesses, social enterprises and nonprofit organizations which in turn can boost the progression of their platform. Vital Voices is also fighting against gender-based violence by investing in leaders that strengthen the legislation around this issue, providing life-saving services immediately following an incident of violence and increasing the capacity of survivor-focused organizations to deliver locally-based solutions.

Although Costa Rica has seen some progress, there are more steps that the country can take. Income inequality is the most prevalent obstacle that many women in the nation are facing. Resolving inequality in the workplace can expand opportunities and give women more agency which in turn could lead to the disruption of the poverty cycle. The new legislation that passed will also allow women more freedom to be active participants in society through femicide prevention efforts and the protection of their workplace rights.