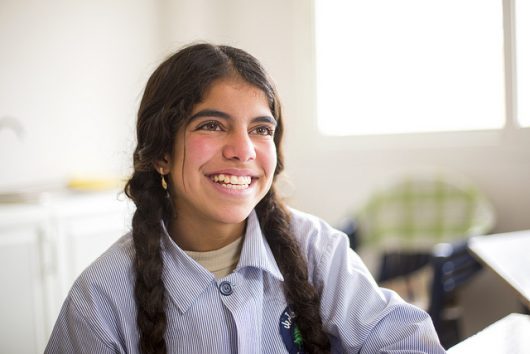 Lebanon is known around the Middle East and the region of North Africa (MENA) as one of the leaders in progressive values. The country has prided itself on ensuring equal rights for women and men in its national constitution. Despite many accomplishments, women’s political participation in Lebanon remains one of the lowest percentages in the MENA region. What is happening in Lebanon that is keeping women out of politics?

In 1953, women in Lebanon were granted the right to vote and participate in politics. Since then, only 17 women have held positions in politics. As of December 2016, less than three percent of government seats have been held by women.

Under Article 7 of the Lebanese constitution, gender equality is guaranteed, but personal status laws are not. Instead, personal status laws are in the hands of religious, who are not under the jurisdiction of the government, and therefore, gender equality laws do not apply to them. This type of inequality flows into households, where under family codes and citizen laws, women are still owned by their husband and fathers. This type of second-class citizen culture affects women’s political participation in Lebanon. Many women are unable to take action due to their financial and marital status.

Women in Lebanon who vote do so for their families and not for their preferred candidates. Some women are not allowed to vote for candidates outside of their kinship. Still, women’s political participation in Lebanon is important. Women have the ability to sway votes in their constituencies, but often do not use the full extent of their power. The average amount of women who actually wield their vote is about 16 percent. Out of the 18 constituencies, only five of them see participation from women, between 16 to 50 percent.

Reform on the Horizon

The women’s quota within the Lebanese government has become key for women’s political participation in Lebanon. According to hivos.com, the women’s quota can be used, “either in the form of reserved seats in parliament, or (preferably) obliging party or electoral lists to contain a certain percentage of women candidates.”

Although this mandate was enforced, women still rely on NGOs to voice their political stances within the government. In Lebanon, there are 18 political parties, but seven dominate. Practically all of these groups are led by males, and most parties led by females have turned into NGOs, which have a network of women working together in order to affect change.

Until women’s voices are allowed to be amplified and actually heard, women will continue fighting.

Water Quality in South AfricaEducation in St. Kitts and Nevis
Scroll to top