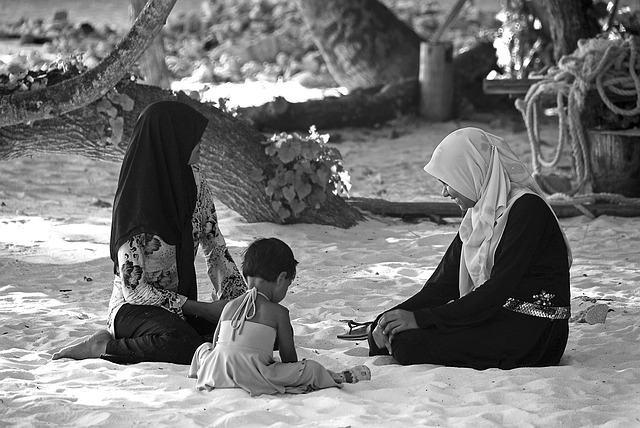 As a small island country in South Asia, the Maldives ranks at 106 out of 144 nations in a 2017 global gender gap report. There are about 420,000 people in the Maldives, and its population density is among the top ten nations in the world. Women’s empowerment in the Maldives has been a heated topic for a long time.

As early as the fourteenth century, the Maldives had already been ruled by three queens. Sultana Khadija reigned this nation for about 30 years from 1347 to 1380. However, after the transition from monarchy to constitutional republic in 1960s, women in the Maldives were not allowed to become president until a new constitution came out and abolished that regulation in 2008.

However, women in the Maldives currently have a limited presence in political affairs. The 2017 global gender gap also reported that only 5.9 percent seats of parliament and 17.6 percent of ministerial positions are filled by females. In the past 50 years, there have not been any female heads of the state.

Since modern development has changed the traditional way of living, many women in the Maldives play dual roles, working and taking care of their families. In the Maldives, the overall rate of labor force participation for women is 59.6 percent, compared to 81.3 percent for men. Women take all sorts of occupations but remain primarily in education, nursing, administration or secretarial services. Those relatively special positions such as police officer also recruit women and provide equal opportunities.

Regarding educational attainment, there is almost no gender difference in literacy rates are primary education enrollment rates. For tertiary education, women’s participation (20.4 percent) is significantly higher than that of men (12.4 percent). In 2014, the ratio of female teachers in the Maldives reached 75 percent. Well-educated and trained young ladies often become teachers and medical workers in the islands, while most stay in the capital city of Malé due to career choices. Appointment as an island chieftain, is no longer dominated by males.

Women in the Maldives have the rights and indeed own land and real estate. Despite the fact that inheritance is generally in accordance with Muslim theology, any division of land will be based on civil law such that sons and daughters may inherit the same share of land. Women in the Maldives enjoy a personal freedom not shared by the majority of Muslim societies.

One case related to women’s empowerment in the Maldives was widely reported in 2013. A teenage girl was repeatedly raped by her stepfather, and for this she was to be punished with 100 lashes after reaching the age of 18. Thanks to a petition of two million people from global campaign network Avaaz ,and efforts from local groups on women’s rights, the Maldivian High Court reviewed the case and dismissed the sentence.

While women’s empowerment in the Maldives has not been restricted by official regulations, there remain aspects of ingrained culture that must be continually addressed as the nation moves forward.

The Triumphant Containment of Bubonic Plague in Madagascar How Much Does It Cost to End Malnutrition?
Scroll to top