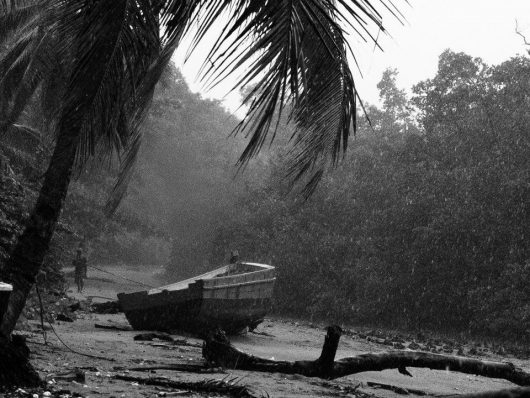 The bubonic plague, also known as the Black Death, was a pandemic that occurred in Europe in the 14th century. Europe’s case of the plague killed tens of millions of people, seeming to disappear from history after it struck.

However, the bubonic plague is, in fact, still around today, though it doesn’t kill on the same scale that it did thousands of years ago. In countries like Madagascar, the plague is actually an annual occurrence, taking the lives of hundreds each time it appears.

Thanks to modern technology and medical advancements, the plague is now treatable with antibiotics. The key is to be aware of where it hits, so that its spread can be monitored and an epidemic can be prevented.

From August to November 2017, there was a major outbreak of bubonic plague in Madagascar across major cities and nonendemic areas. This was different than previous years, as typically the plague outbreak happens in rural regions of the country.

The plague starts with a simple flea bite, after which the disease rapidly spreads from person-to-person. In the span of three months, the WHO estimated that over 2,000 became ill and 171 died. While this is still an unfortunate amount, it is a decrease from around 300 who died from the bubonic plague in Madagascar in 2016.

The quick and efficient handling of this outbreak can be attributed to a number of sources: U.K. Public Health Rapid Support Team, U.S. Centers for Disease Control, Doctors Without Borders and Madagascar’s Ministry of Health. Together, these organizations developed a rapid response strategy in order to subdue and hopefully eliminate the bubonic plague in Madagascar, containing the bacteria’s spread within the urban area of its origin.

In order to accomplish this, the groups worked to adequately staff health centers so that those infected could get their antibiotics in a timely manner. Then, they conducted in-person interviews with patients to find out all of the people they were in contact with that could have gotten the disease. The health workers tracked down over 7,000 people that they believed may have been infected. The WHO states that 95 percent of the potentially infected have taken preventative antibiotics.

Very few people showed symptoms of the bubonic plague in Madagascar after these efforts, and those that did were treated with swift speed. From this case of bubonic plague in Madagascar, it is clear that treatment must be made accessible, travelers should be monitored in airports and countries must be given the necessary resource capacity and labor in order to avoid the disastrous effects of an outbreak.

Madagascar’s response to this plague outbreak was nothing short of timely and strategic. This is an unbelievable example of strategic planning and disaster mitigation. The steps that the organizations took together in order to reduce fatalities demonstrates the tremendous power of unification.

ModRoof is a Safer, Warmer Improvement for SlumsWomen’s Empowerment in the Maldives
Scroll to top