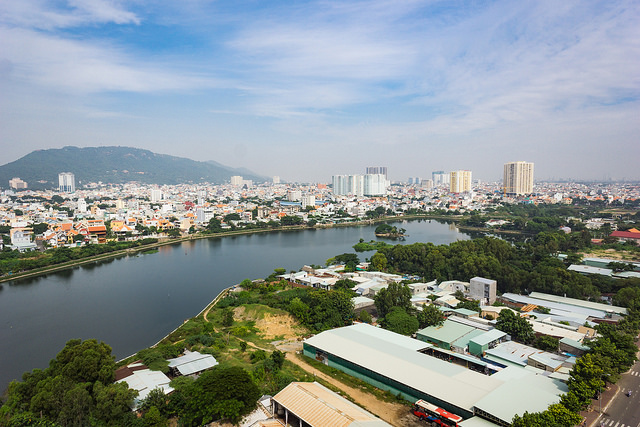 Vietnam and America engaged in one of the 20th century’s ugliest conflicts. Yet the Vietnamese of today (and Vietnamese Millennials in particular) hold a favorable view of their former enemy. While the popularity of the United States sunk in 2017 throughout the globe, Vietnam’s approval of the U.S. only grew. The key to why Vietnam loves the U.S. lies in how Vietnam benefits from international trade and foreign aid.

In the 2016 U.S. presidential election, both Hillary Clinton and Donald Trump opposed the Trans-Pacific Partnership, a trade agreement that would lower tariff barriers on trade. The United States withdrew from the negotiations. But Vietnam remained in, as 89 percent of Vietnamese were supportive of the TPP, according to a Pew survey. And, as predicted by economists Michael Plummer and Peter Petri, the nations involved in the TPP could gain $147 billion in income by 2030.

Vietnam’s support for free trade draws from its history. In addition to the 20th-century war, the U.S. trade embargo on Vietnam added to the country’s economic woes. The Asian country enriched itself once market opportunities opened up. Growing tourism on Vietnam’s beaches also gave the country the money required for a sustainable recovery.

Tran Thuc Huyen, a master’s candidate currently residing in Washington, commented on how economics, more than goodwill, explains why Vietnam loves the U.S. “What we’ve seen is the U.S. efforts to make war reparations here in Vietnam, like offering education scholarships as part of its soft-power diplomacy,” he said.

Despite Vietnam’s status as a poorer country, it ranks fifth among nations sending their students to American institutions. In addition, it grades in the top 10 among foreign buyers of residential properties in the U.S. These economic interests travel both ways. Forbes Magazine and the World Bank consider Vietnam an investment haven for entrepreneurs. Vietnam looks to American infrastructure investments as an alternative to their inefficient government-run programs.

In 2014, Llewellyn King of the Huffington Post toured Vietnam and interviewed its people. The Vietnamese had little interest in talking about the war. “They wanted to know three things,” said King, “…how could they get American goods, how could they sell their goods in the U.S. market, and what was the United States going to do about China?” Vietnam loves the U.S. because it wants to enrich its people, with the same methods America used, to become an economic superpower.