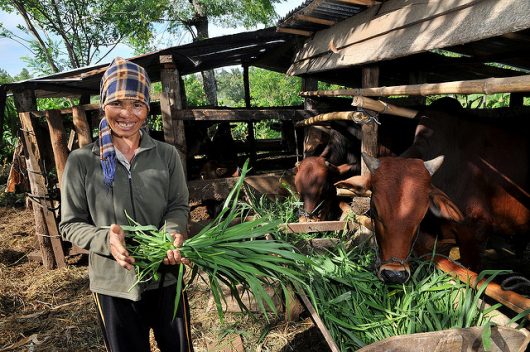 Over the last three decades, poverty in Vietnam has been reduced by 75 percent. While there is no question that this progress is a great success for Vietnam, there are still issues associated with this poverty that widely persist today.

According to the United Nations International Children’s Emergency Fund (UNICEF), racial disparities, notably among Vietnamese minorities, continue to exist. New kinds of poverty are starting to form. While success has been seen, it should not serve as a foundation on which Vietnam can rest and avoid its other systemic issues. Rather, this development should act as an indicator for the great potential that exists when a country actively seeks to address its internal issues.

With the Vietnamese poverty line resting at about $2 per day, many people residing above this threshold face the possibility of economic, social and political fluctuations that could quickly force them back into a state of poverty.

Although “poverty” has been significantly reduced, there is still great necessity to commit to sustainable and continued development for the Vietnamese people and their economic stature. In addition, the benefits of poverty reduction have been skewed among racial regional and gendered lines.

Nearly half of the Vietnamese minorities still live in poverty, and those in mountainous regions live in additional fear of natural disasters and tough living conditions. While poverty reduction in urban areas is evident, the state of rural populations is consistently unnoticed and unaddressed.

However, one does not need to look to rural areas to see the alleviation disparity surrounding the poverty in Vietnam. Gender still serves as an indicator of poverty levels, with women suffering some of the largest economic injustices. Pay gaps, lack of female leadership roles and poor conditions for existing female sectors are just a few of the sources that fuel gendered poverty levels in Vietnam as a whole.

In combating poverty in Vietnam, the country has implemented programs to promote the empowerment of women and has instituted comprehensive education opportunities. By increasing the level of education throughout the country, Vietnam hopes to create a lasting solution rather than a temporary fix to national poverty. Along with this, creating new images for women in the workplace aims to limit the gender gap and thus provide universal equality for all citizens. Through these policies, among others, poverty in Vietnam is recognized as an important area of concern and is being addressed in new ways for future national health.

Five Things You Should Know About Water Quality in NamibiaU.S. Commitment to Increasing Access to Electricity in Africa
Scroll to top