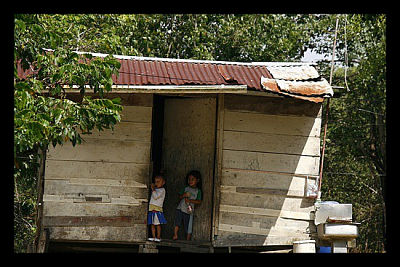 Belize has experienced a peaceful transition to a democratic government since gaining independence from the United Kingdom in 1981. The country’s global comparative advantage is derived from its natural resources, which supports the tourism and agriculture sectors, as well as its close geographical proximity to major markets. Challenges like poverty in Belize are due to high vulnerability to external shocks, including natural hazards, impacts of climate change, and terms of trade. The government’s ability to face these challenges is limited due to high debt levels and limited fiscal space.

As a lower middle-income country, Belize experienced a slowdown in growth and an increase in poverty after the global economic crisis, which accompanied increases in the prices of food and fuel price in 2008.  The most recent Country Poverty Assessment indicates that between 2002 and 2009, the overall poverty rate increased from 34% to 41%, while extreme poverty increased from 11% to 16%. In 2010, the country resumed growth, with GDP growth reaching 2.9%. Although Belize’s economy has traditionally relied on agriculture, the services sector grew in importance during the 1990s. According to the World Bank, it is now the country’s largest contributor, accounting for 60% of GDP.

Data indicates that the overall economic growth experienced by the country might have failed to translate into an equal distribution of wealth and well-being. The Country Poverty Assessment states that, “inequality is therefore the manifestation of the central structural problem, which development policy in Belize must address”. The government of Belize continues to put the primary focus of its strategies on the fight against poverty.

Recently, the State Department through the U.S. Mission to Belize made plans to spend $500,000 to create jobs for youth and reduce poverty in Belize. The grant announcement said, “Marginalized youth are empowered when given a voice and opportunities. Equipping marginalized youth and their communities with economic opportunities and/or business training can help them reach their true potential as entrepreneurs and improve citizen security.”

The purpose of the grant proposal is to “confront the root causes of violence and crime in a creative and effective way and seek to create positive cultural and social conditions.” The U.S. Embassy may award up to 10 grants, which do not exceed a total of $500,000 USD. Eligible applicants are non-governmental organizations (NGOs), non-profit organizations (NPOs), International Government Organizations (IGOs), educational institutions, and individuals.