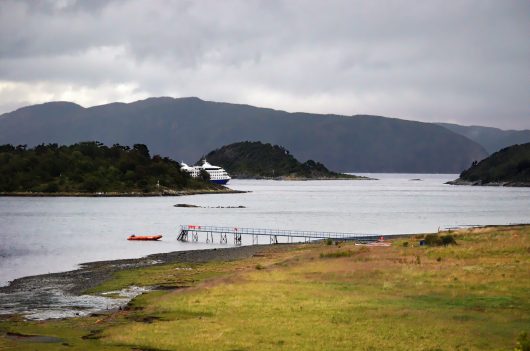 Latin America is notorious for having poor water quality. Worried travelers and residents try to avoid drinking tap water or cooking with it. But most people do not know the facts about water quality in Chile. Here are a few from the north of the country all the way to its southern tip.

In northern Chile is the Atacama Desert, which is known as one of the driest places on Earth. This area, which contains many small towns and villages, receives about one millimeter or less of rainfall per year. Certain towns used to obtain water from a nearby well which was fed by a river flowing down from the Andes Mountains. However, out of the 20 wells, only one exists today. It is common for people here to buy bottled water; however, bottled water is nearly 10 times the cost of tap water.

Central Chile is where most of the bigger cities are located, and Santiago, the capital, is one of them. Very little water comes from the mountains on the outskirts of the city. Temperatures are rising, glaciers are retreating and the mountains are gradually losing their snow-capped peaks. Water availability is predicted to fall by nearly 40 percent by 2070, and experts are claiming that water will become the most important physical commodity worldwide, toppling oil and precious metals. The situation in Santiago is so bad that residents have staged multiple protests over the privatization of the water industry, which occurred in 1981.

Maybe the most iconic area of the country is Patagonia, in the southern portion of the country. Residents, researchers and travelers flock to this sparsely populated region of Chile. Some American and Chilean scientists claim that the Chilean Patagonia has the purest water on the planet. Dr. Guido F. Verbeck, director of the UNT Laboratory of Imaging Mass Spectrometry, said of Patagonia’s water, “Our results confirm that these waters are clean, the cleanest waters existing on the planet. In fact, the instruments we use to study the samples can detect chemical compounds in the water up to two parts per million, and here, we did not detect anything.” There is very little pollution in this part of the world. Unpolluted freshwater accounts for .003 percent of the total water available globally and most of it is found here.

There are many issues with water quality in Chile. From pollution and overpopulation to excessive mining and the draining of natural resources, it could be the reason that selling water in some cities is one of the highest tariffs in Latin America. There is some good news regarding the water quality in Chile, however. More wells have been dug, residents have set up reverse osmosis water purification systems and the country is implementing a national irrigation strategy that includes a plan to construct 15 reservoirs. If Chile continues to be proactive about maintaining its water resources, it can ensure good water quality and access for all of its citizens.